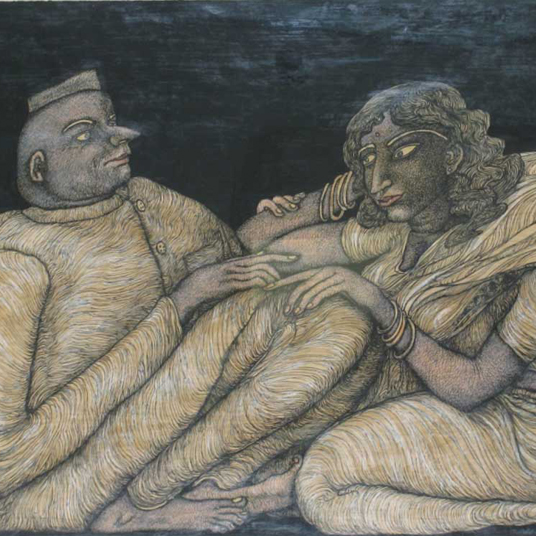 Making Art: Materials and Technology reveals an art work in its process of evolution. This exhibition will provide a very tactile experience where the audiences can touch, feel and experience the making of art. Each section is designed so that viewers can experiment with the material and experience its various possibilities. 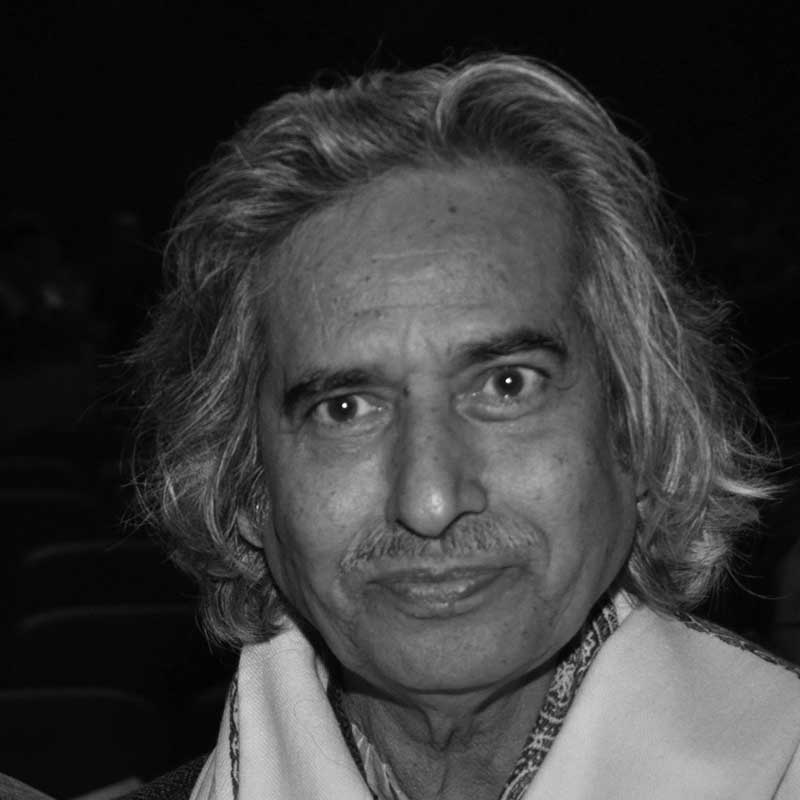 Jogen Chowdhury was born in Faridpur, Bengal in 1939 and moved to Calcutta post the partition. He studied at the Government College of Art and Crafts, Calcutta from 1955-60. Chowdhury worked in a confident expressionistic figurative style in the early part of his career. Over the years his pictorial language underwent a significant change and he developed a personal style during his time at L’Ecole Nationale Superior des Beax-Arts, Paris from 1965-1957, on a French Government Scholarship.

Jogen Chowdhury is known for his ability to successfully marry traditional imagery with the zeitgeist of contemporary painting, in a skillful blend of an urbane self-awareness and a highly localized Bengali influence. Chowdhury’s works often show men and women in enigmatic situations with provocative gestures placed in a dark dream- space. His dense cross hatch technique transfers feelings of anguish on the figure like gestural mark making. They create imagery of body hair or a web of veins taking away the smoothness of the classical human form to embody textures of life. Chowdhury is a master of lines and he has mastered to make the curves depict the character of his figures. By careful distortion of the form he imparts the air of caricature in his figures, figures of men and women. The figure is always the most important and conveys all the artist has to express. Colour, he uses though, is to provide matter into the form.

Chowdhury has been awarded the the Madhya Pradesh government’s Kalidas Samman and the 2nd Havanna Biennale in Cuba. Besides these honours, he has received numerous National Awards. He published a joumal called Art Today in 1981 with Shivaprasanna.

He lives and works between Kolkata and Santiniketan. 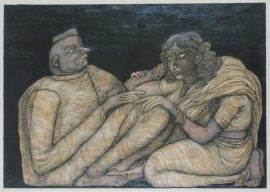