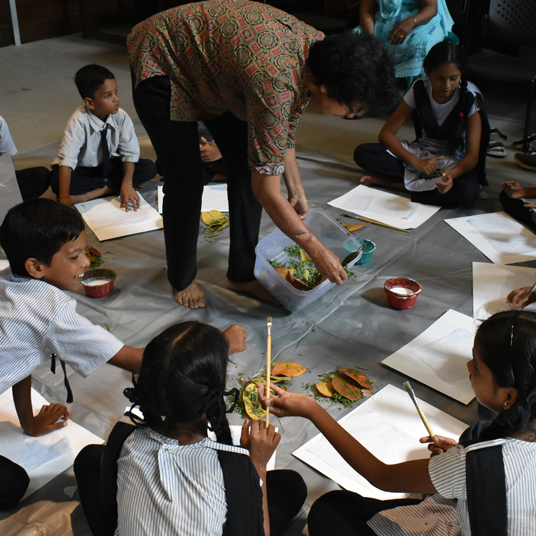 The focal point of the workshops were Jayashree Chakravarty's ongoing exhibition, "Earth as haven: under the canopy of love", where nature is both the subject and substance of her art. The artist familiarised children with her technique of using found materials from nature and creating artwork. Following this, the children were given a walkthrough of the exhibition led by the artist.

The workshops were organised in collaboration with the Chhatrapati Shivaji Maharaj Vastu Sangrahalaya, Kiran Nadar Museum of  Art, and Jehangir Nicholson Art Foundation with support from Akar Prakar, Kolkata. 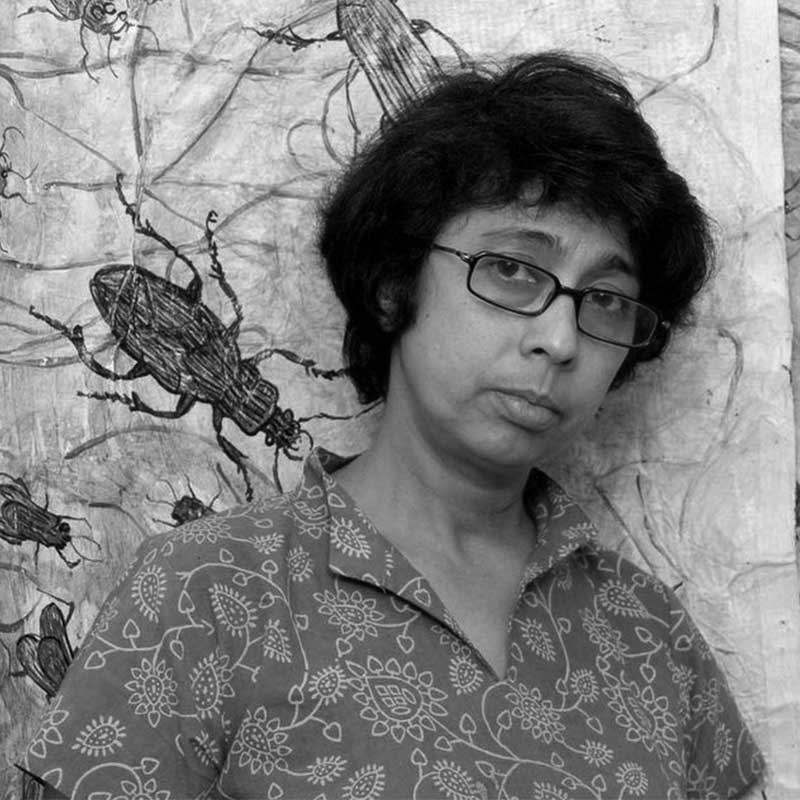 Jayashree Chakravarty was born in Khoai, Tripura in 1956. She completed her Bachelors in Fine Arts from Viswa Bharati in the sprawling natural environs of Santiniketan, and then obtained her postgraduate diploma in Fine Arts from the MS University of Baroda, where she was exposed to an urban sensibility. She was also an artist in residence at Aix en Provence from 1993-95, where she was influenced in the formative years of her practice by the French movement Supports/Surfaces, especially by Claude Viallat.

She spent her early years in Kolkata, in the proximity of hills and forests thereby coming across a variety of flora and fauna. Soon, the township became a concrete jungle, with few traces of the natural past left behind. This influenced her paintings, where the old and new cityscapes are melded with a fine expertise. An occasional bird, a broken window, or a brick wall emerge out of the mossy hue and mouldy texture of some of the works.

Inventing her own art making techniques, using organic material and varied kinds of papers, her installations in the form of paper scrolls remain unique in their conceptions and execution. Her works are autobiographical and dream-like in nature. Her ink on paper sketches are exercises in transition and transform personal experience into mystical truth. She experiments with an exciting variety of media like rice paper, tissue and cellophane. In her works, she uses superimposed forms, quite like the sketches that cave painters worked on before they mapped them on the walls of caves. Her imagery, because of her fluid and transparent images, reflect the present mood of the world, which is fluid in itself. At a mere conventional and figurative level, her works reflect the unity of man with nature. Motifs such as dogs, waves and serried crescent shapes recur in her works.

She received the Gujarat Lalit Kala Akademi Award and the Second Bharat Bhavan Biennale Award in 1988. She has also been honoured with Bombay Art Society Award, Mumbai (1980) and Honourable Mention Award, Asian Art Biennial, Dhaka, Bangladesh (1997) to name a few. The artist lives and works in Kolkata. 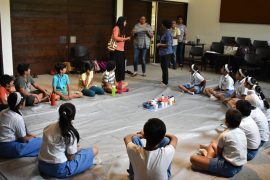 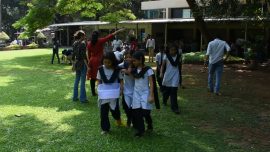 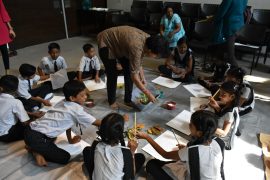 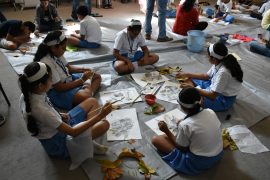 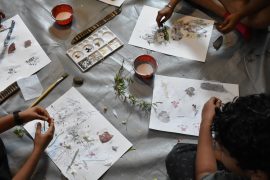 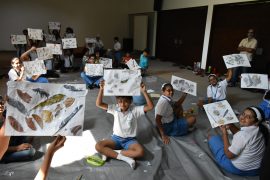 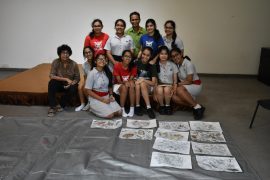 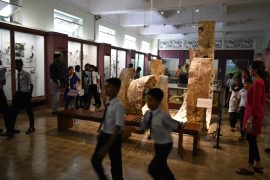 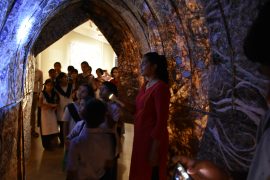 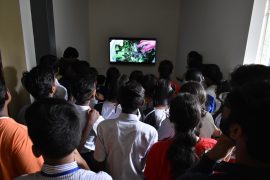 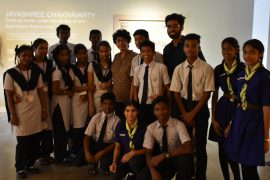