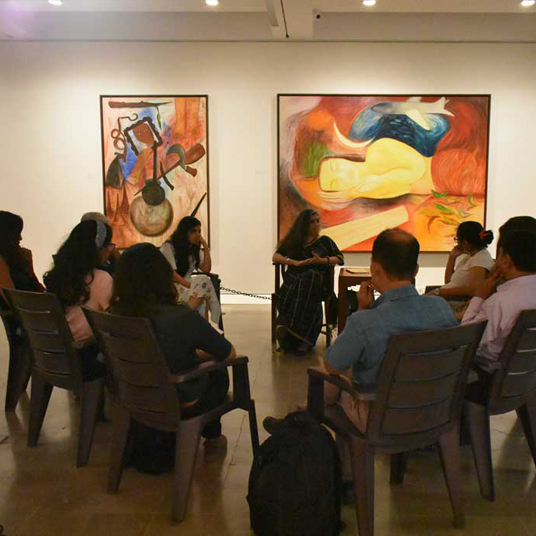 Connections in Temporary SpacesDiscoursing with the Other
02 May 2018

Connections in Temporary Spaces - Discoursing with the Other was a workshop devised as a conversation between the artist, Rekha Rodwittiya and those who write on art. It was meant to allow an exchange of ideas, thoughts, techniques and understanding between two groups of people who often share the same space but play different roles. Participants included journalists from Mid Day, Mumbai Mirror, The Indian Express, The Hindu, DNA, Loksatta, Lokprabha and Maharashtra Times amongst other publications. 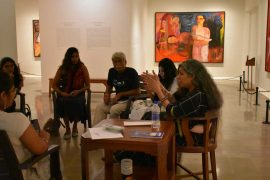 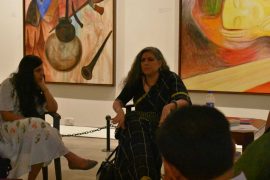 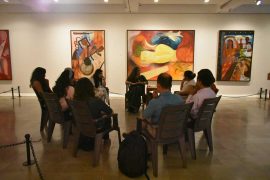 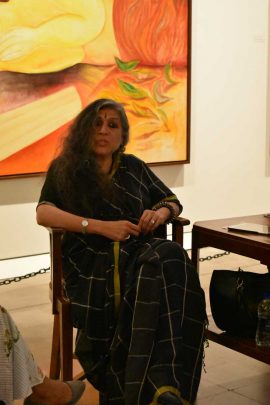 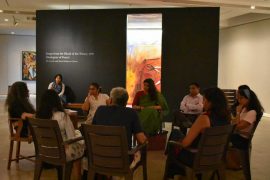 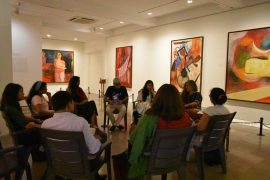