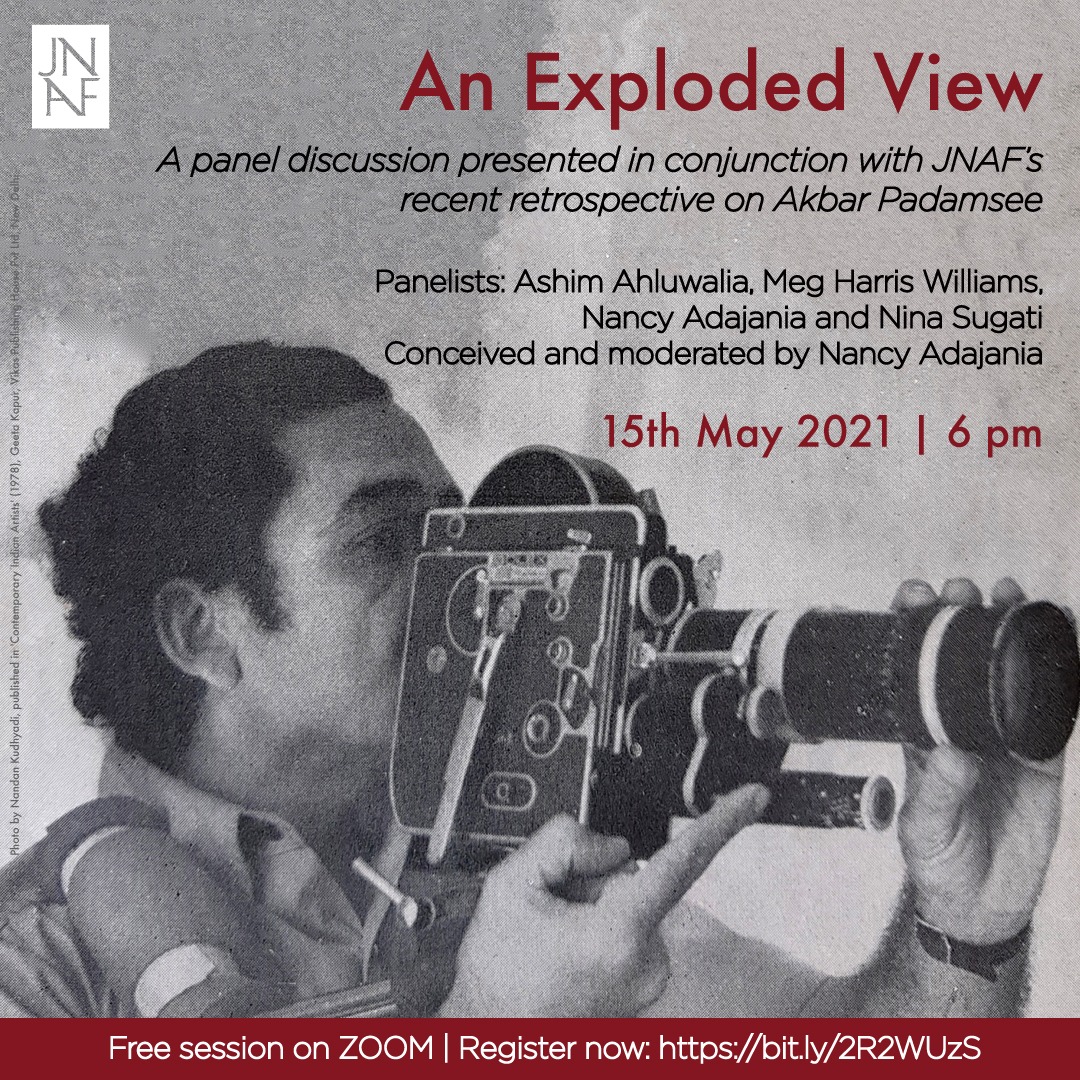 An Exploded ViewIn conjunction with our recent retrospective on Akbar Padamsee
15 May 2021 , 6 pm

In the spirit of experimentation and collaboration, Akbar Padamsee set up VIEW, the ‘Vision Exchange Workshop’ at his Napean Sea Road apartment between 1969 - 1972. VIEW provided a space with equipment and resources where participants across disciplines including artists, cinematographers, printmakers, photographers, a psychoanalyst, an animator and art students came together to explore possibilities through new media.

While Akbar Padamsee’s pathbreaking, transdisciplinary Vision Exchange Workshop is a key node in the long arc of Indian new media art and has received attention in recent times, there were also other initiatives and trajectories between the late-1960s and the 1980s which have gone under the radar. Some of these lost histories will be addressed in ‘An Exploded View’.

Ashim Ahluwalia
Critically acclaimed film director and screenwriter. His film ‘Events in a Cloud Chamber’ was a metaphysical exploration of artist Akbar Padamsee’s lost experimental film, ‘Syzygy’. Ashim’s film opened at the 73rd Film Festival, was shown at several venues including at the BFI London Film Festival and at the Museum of Modern Art, NY.

Meg Harris Williams
Visual artist,  writer, and teacher of psychoanalytic ideas. She co-wrote the film script for ‘A Memoir of the Future’ with Kumar Shahani, one of the leading participants of Padamsee’s Vision Exchange Workshop. Williams recently wrote the script for ‘The Becoming Room’, based on A Memoir of the Future, which was performed in Delhi by Tom Alter in 2017.

Nina Sugati
Experimental filmmaker briefly associated with Padamsee’s Vision Exchange Workshop. She made several significant works, her film ‘Chhatrabhang’ went on to win the first International FIPRESCI Critics Award for an Indian film at the 1976 Berlinale.

Nancy Adajania
Cultural theorist and curator. She curated ‘Counter-Canon-Counter-Culture: Alternative Histories of Indian Art’ at the Serendipity Arts Festival, in Goa, 2019, which screened experimental works including Padamsee’s ‘Syzygy’ and Ashim Ahluwalia’s ‘Events in a Cloud Chamber’.

Selected films have been made accessible to view for a limited time: