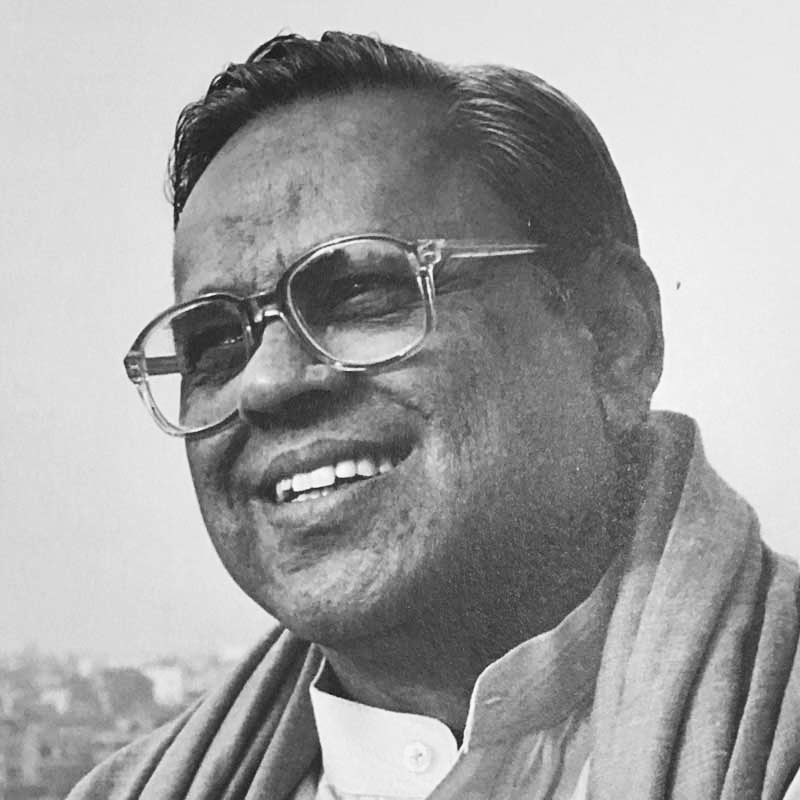 In his paintings the lines maintain their basic linear character, and pictures drawn with them are also linear in character.The shapes and forms are not surrounded by lines, but rather are independent and given an infinite form. In this way a line remains a line alternately running, turning, sustaining, joining, rising, flying, breaking and sometimes creating a net like texture. Sometimes the line goes back to its origin, becomes a point and then just disappears. And in the midst of all this query quietly, without disturbing the linear character, colour fills the works. He believes that the the line is a living unit, full of limitless possibilities and when an artist creates a shape using the line, then it is the line that gives it a definite shape, then ending all other possibilities.His works are not created through extraneous lines. Infact they are a group of innumerable lines which can be increased or drawn in any direction. And so his line drawings have their origins from the lines, their space and form is always basic where the innermost values remain the same and where the possibilities are endless.

His paintings are inspired by musical notes of music yet un born. They are the concrete shapes of vocal tunes that cannot be sung or played to music. The scattered notes are abstract musical notations, but we feel their vibrations in our senses. While a linear drawing is an extension of a point. The lines seem to be quivering on that point where lines would transform themselves into music and are scattered. This is his notion to draw.

Yusuf lives and works in Bhopal. 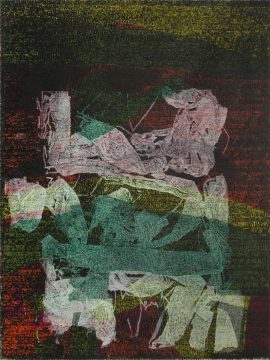