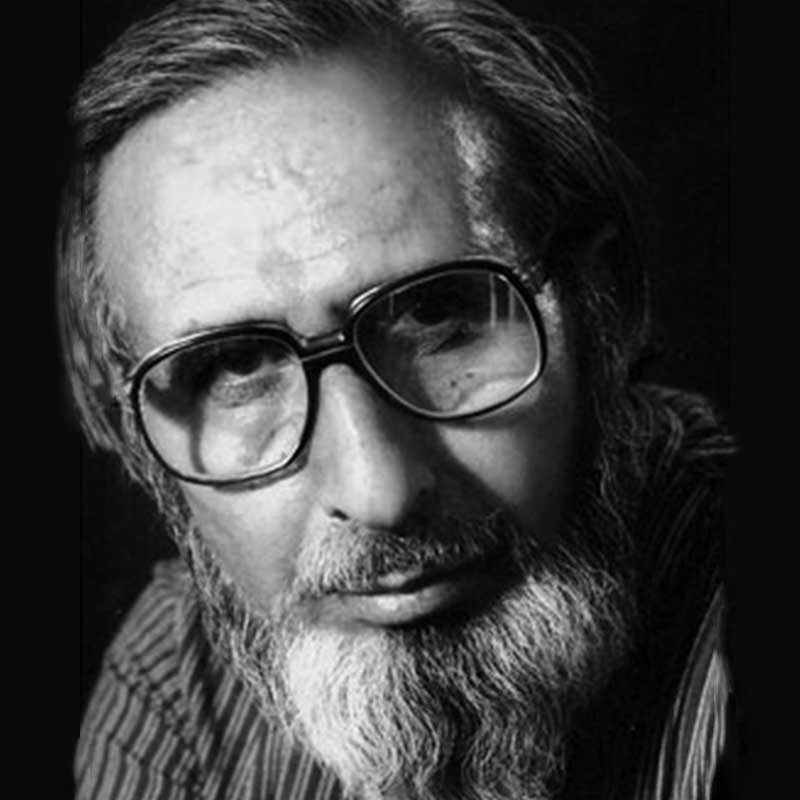 Ved Nayar was born in 1933 in Lyallpur, Punjab. The Partition uprooted Nayar’s family, and they shifted to New Delhi. Nayar graduated from St. Stephen’s College, Delhi University in 1952. He then went on to receive a diploma in Fine Arts from College of Art, Delhi.

Environment has been a major inspiration for Nayar’s works. A close relationship with a jungle close to his childhood home prompted his earlist creative urges. He was initially a painter, but he later turned to other mediums like sculpture, installation, photography and printing in his works. The human figure is another inspiration and concern for Nayar. His first works were made up by abstract derivations and ritual symbolism, but the works developed into a iconic figure of an elongated human form, mostly a female, that dwelt in the a space between heaven and earth.

Environment concerns such as cultural globalisation and mass consumerism influenced his works. His engagement with the quest for immortality sweeps away cultural dimensions of the sacred and the profane, the local and the global. From the eighties, Nayar’s installations were born out of a desire to create an environment for his sculptures. Drawing is also an important medium in Nayar’s work.

He has participated in many exhibitions and workshops, and won the Lalit Kala Akademi award in 1981. Nayar lives and works in New Delhi.