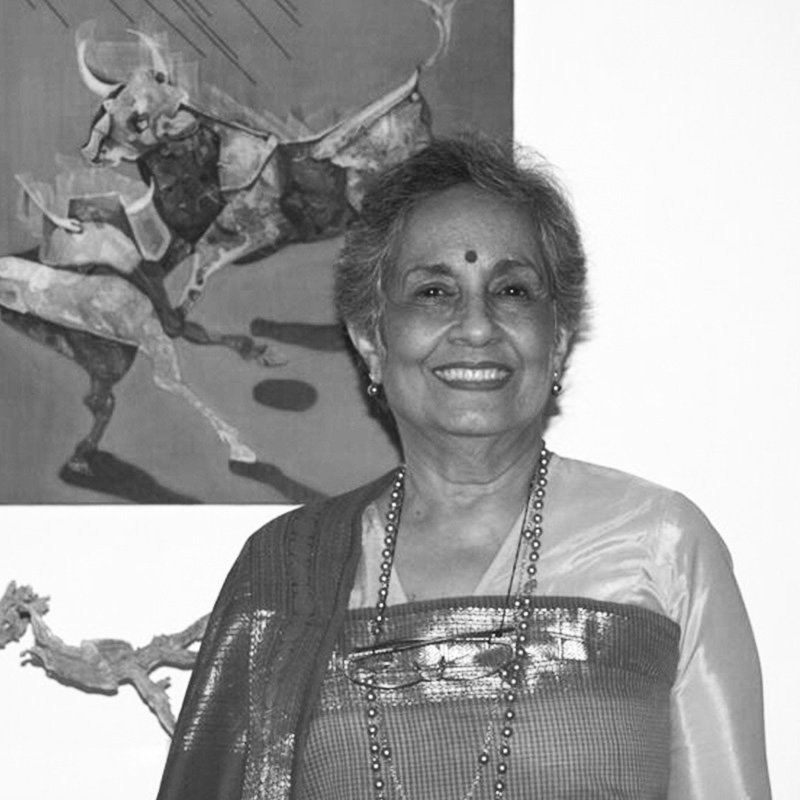 Tina Bopiah was born in 1943 into a military family and spent a lot of her time in cantonment zones across India. Brought up in an atmosphere that emphasised creativity in diverse fields, she turned her attention to the visual arts during a decade spent mainly in Kashmir.

Bopiah started out with water colours on Fabriano paper composed of a 50/50 balance of cotton and synthetic fibers. Beginning with representational concerns she quickly developed an idiosyncratic vocabulary of images and experimented with heterodox techniques and media using ink, crayon, turmeric and coffee before embracing egg tempera. It took her five years to master this ancient technique, which is laborious and slow, but immensely satisfying.The concept, once thought out, can be executed in layers which isn’t impossible in other mediums. She continues to work in this medium trying for a radical change in execution. From time to time, she also works with pen and ink on paper.

Bopiah’s art reflects the contrasting and sometimes antagonistic diversity of our country, and is committed to making art that is thought-provoking. Many of her paintings build on autobiographical themes, but she finds inspiration from pop culture, news and biblical tales. Many of her works also evoke the landscape of the different cities she has visited or lived in across the world, from the gallis of Delhi to the sweeping desert landscapes of Oman.

Apart from exhibiting her works nationally and internationally, Bopiah designed and painted the backdrops for the staging of Gulzar’s plays at the Tata Theatre, National Centre for Performing Arts, Mumbai in 2002.

Bopiah lives and works in Bangalore. 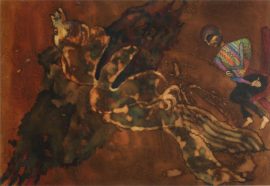 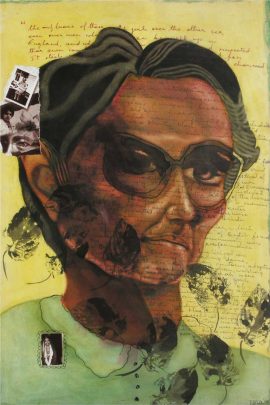