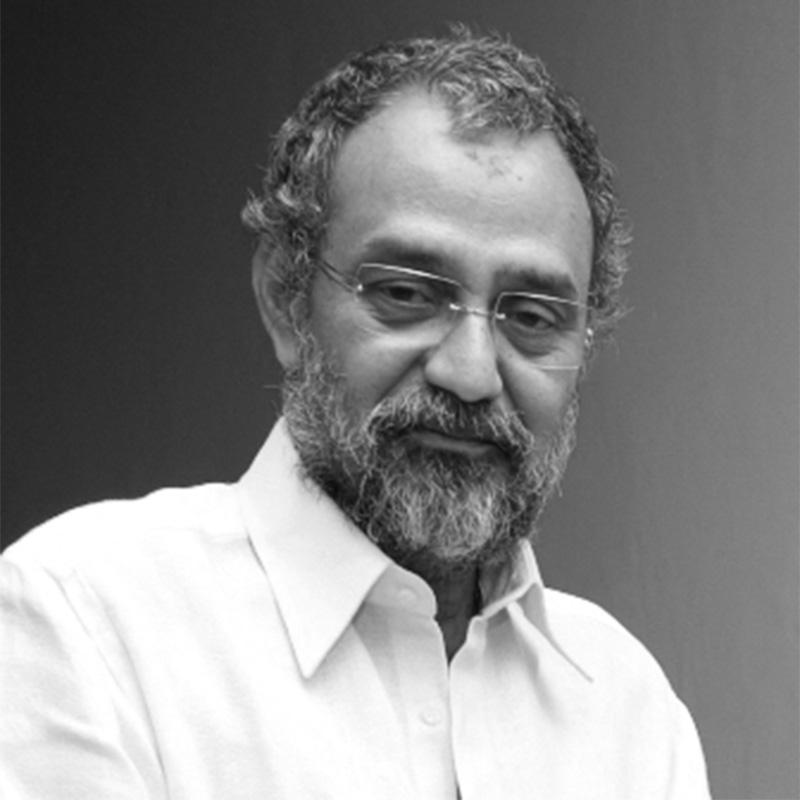 Tharani was born in 1949. He completed a Graduate Diploma in Mural Painting in 1971 and subsequently a Post Graduate Diploma in Fine Arts (Painting) from the Government College of Arts and Crafts, Chennai. He was later offered a Fellowship from the Government of France to study Printmaking. Additionally, he completed print making courses from the Royal College of Arts, London and New Delhi.

Tharani is not only an artist, but one of the most well-known Art Directors in India. He has worked as a Production designer and in the art department in various films, and also tried his hand at acting.

Tharani’s ink on paper artworks are generally non-figurative and colourful. He has also experimented with calligraphy as a form of creative expression as well. He is known for his ‘Script Series’ which are inspired by alphabets of all languages, each letter intertwining with one another. Besides the ‘Script Series’ he is well known for his paintings featuring Gods and Goddesses and Rajputs.

Tharani has participated in the Design Symposium of the Crafts Festival “Living in Seasons” in Toyama, Japan in 1992, in the printmaking workshops at British Council, Chennai, and Atelier 17, Paris. He participated in a Fresco Painting camp in Rajasthan and in a graphic workshop at Garhi Village, New Delhi.

In addition to receiving the Padma Shri in 2001, Tharani has won awards at the Mysore Dassera Art Exhibition, at the Mysore Pradesh Chitrakala Parishad, Bangalore and for Graphic Prints in the Regional Lalit Kala Akademi. Besides this, he has won the best art director’s award in three states, The Rajath Kamal National Award twice, a Filmfare award, a Cinema Express award and the Kalaimamani award.

Tharani has held and participated in numerous exhibitions in India and abroad – in Paris, Bordeaux, Vienna and in Yugoslavia and Germany. His works were shown at Kanagawa International Print Exhibition 1983, at the III & IV Mini Prints Biennale, Barcelona, 1983 and1984.

Tharani currently works on films by day and painting at night. 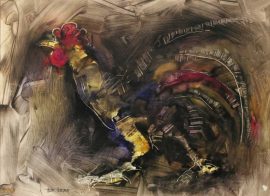