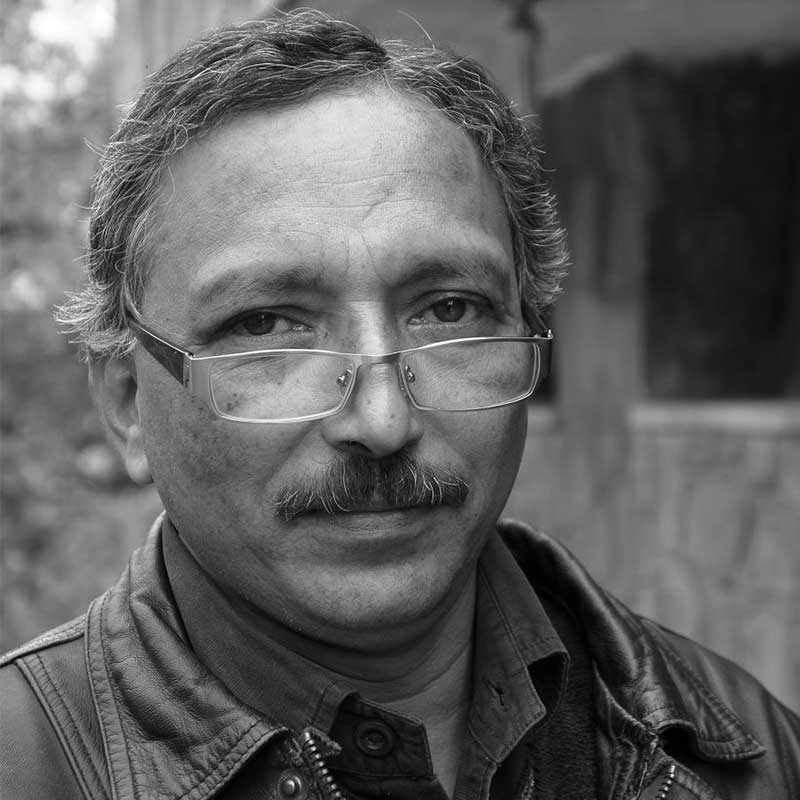 Sushanta Guha was born in 1960 in Gaya, Bihar. In 1975, he completed his Diploma in Fine Arts and Crafts, Kala Bhavan, Santiniketan, Viswa Bharati University and further went on to completing her Post Diploma in Fine Arts specialization in Graphic Art & Printmaking also at Santiniketan in 1982. In 1998, he did an advanced research and 6 months training programme in Printmaking at Camberwell College of Arts and Crafts, London. In 2003, he underwent a professional training in non-toxic printmaking at Manhattan Graphic Center, New York.

Guha was associated with Indian Printmakers Guild for a long time and then they came together to push the cause of printmaking as Multiple Encounters a few years ago. The group also rolled out Indo-US print exhibition showcasing 127 artists from India and America at Lalit Kala Akademi. The idea was to make the society aware of the medium and giving a little push to the young printmakers.

Guha received much recognition including National Cultural Scholarship from Govt. of India to do research in printmaking mediums in 1981-82, Lalit Kala Akademi Research Grant for advanced training in Lithography, Etching at Garhi studio, New Delhi in 1991; Junior Research Fellowship from Ministry of HRD, Govt. of India in Printmaking from 1992-94, Charles Wallace India Trust Award to learn Photolitho, Photo Etching, Water based Silkscreen in U.K. in 1998. He was also the recipient of Fulbright Fellowship Grant from USEFI in the field of printmaking to learn Nontoxic Printmaking, USA in 2003; and the recipient of Senior Fellowship in Visual Art (printmaking), from Ministry of HRD, Govt. of India in 2013-14.

Guha was also a recipient of various awards such as the All India Award from Birla Academy of Art and Culture, Kolkata in 1985; Sahitya Kala Parishad Award, New Delhi in 1989, the Bendre Hussain Scholarship Award from Bombay Art Society, Mumbai in 1991; the National Akademi Award, from Lalit Kala Akademi, New Delhi in 2000. 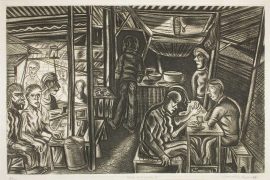