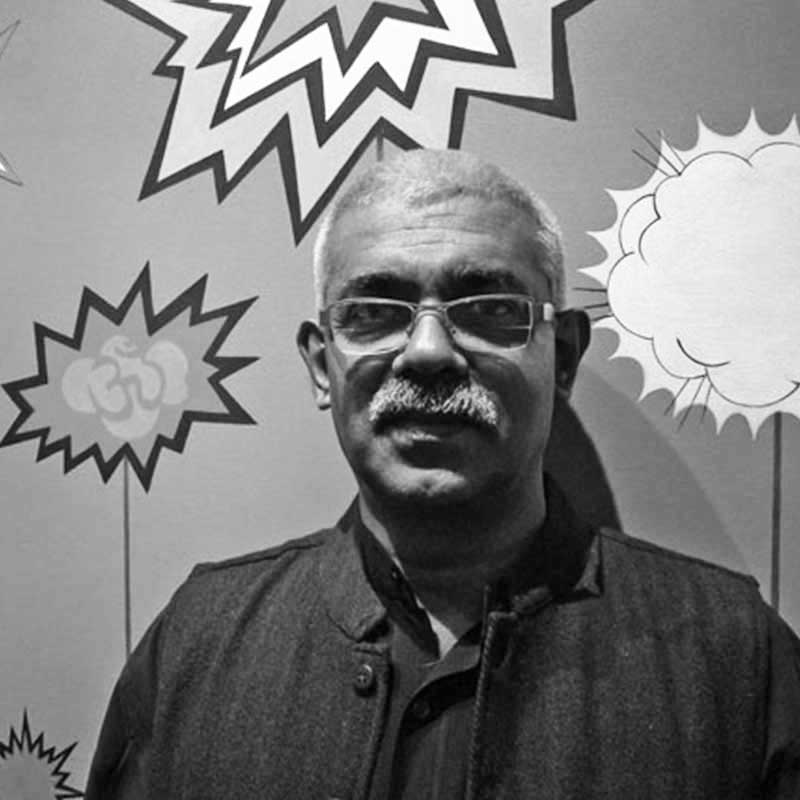 Surendran Nair was born in Onkkoor, Kerala in 1956. He graduated in painting from the College of Fine Arts, Trivandrum in 1982 and completed hid diploma in printmaking from M.S. University, Baroda in 1986.

He began his career with pen and ink drawings, etchings and lithographs in the 1980s. He was inspired by the local people in his environment and surroundings. In the 1990s, he started working more in oils, and juxtaposed traditional myths and symbols and reinvented them with contemporary imagery as modern day fables. His paintings can be mischievous, ironic and questioning as they inject a gentle surrealism into prevailing notions of reality. As if recycling traditions from a cultural encyclopedia, he meticulously constructs a web of images – mythic, modern, classical and mundane – growing out of the body of cosmic man. He gives some of his works creative and extended titles and creates two parallel narratives – visual and textual. By intentionally leaving the works open to interpretation from multiple viewpoints, he nurtures a dialogue on crucial issues for the future in India concerning the community and the individual.

An internationally acclaimed artist, Nair’s works are in several public and private collections in India and abroad. He lives and works in Baroda. 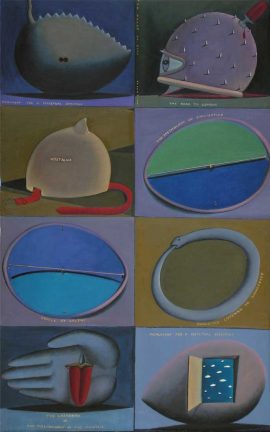 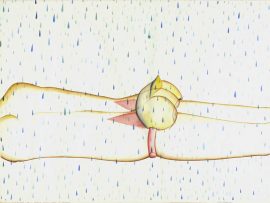