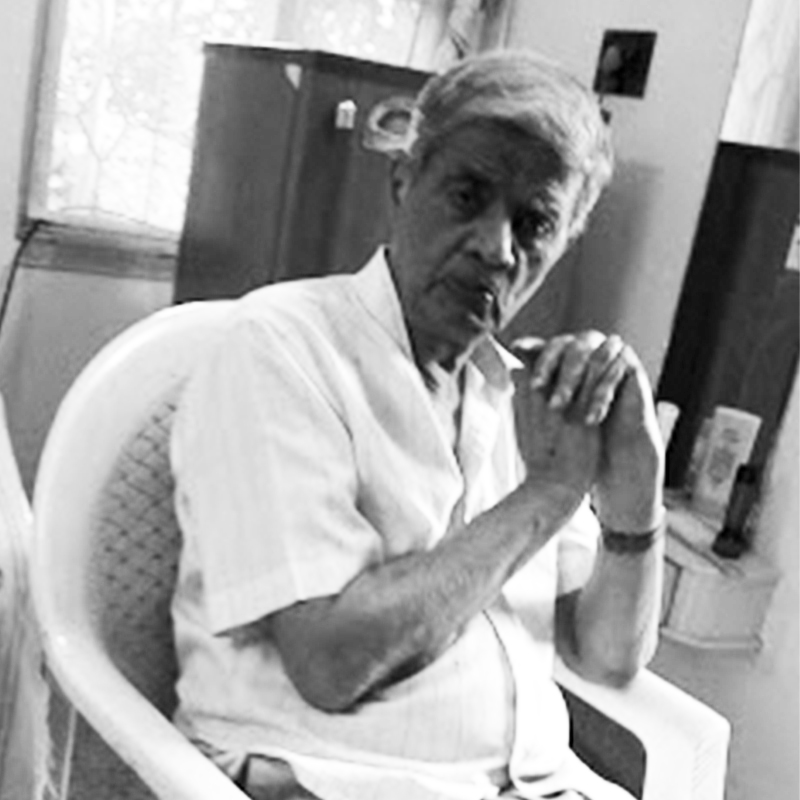 Sukanta Basu was born in 1929 in Calcutta. While he was still in school in Bankura, he earned the nickname Chitrakar (artist) from the Bengali scholar Acharya Jogesh Vidyanidhi. He joined the Chemistry Honours programme at St. Xavier’s college, Calcutta, but experienced a lack of interest and dropped out. He later joined the Government College of Arts & Crafts, Calcutta under artist Prodosh Das Gupta and graduated in 1954. He had financial difficulties to maintain being a full-time artist, so he did survival jobs for his basic upkeep and materials.

Basu joined B.N. Academy in Suri, Birbhum district, as a drawing teacher. He later joined a printing press- Calcutta Chromotype, where he engaged with technical aspects of colour analysis and feasibility testing. Later he went back to teaching at the Indian Art College.

In 1959, Basu applied to the National Gallery of Modern Art, New Delhi for the post of a conservator, and he worked with the gallery until his retirement in 1985. He was then sent to Rome, Italy to be trained for a year in 1960. In 1977, he trained for a month in London at the Courtauld Institute of Art. Due to these jobs, he was dormant as a painter, from the late 1970s to circa 1997, and began painting again in the late 1990s. In 1990, Basu set up the New Delhi unit of the Indian National Trust for Art and Cultural Heritage (INTACH). He worked there till his retirement from conservation in 1997.

Basu’s early works were characterised by oil on canvas rendered landscapes, sketchy portraits and drawings. His works soon turned non-representational and were done using acrylics on canvas and occasionally pencil or charcoal drawings. While the range of his works may be thematically located within post-colonial and post-modern, his style remains distinct and difficult to label as such. None of his works are titled.

Basu’s works are characterized by an appearance of vastness, regardless of the canvas dimension. Post 1960s, one sees a consistent engagement with an unknown source of light, in an attempt to decipher the grammar of an art, which does not need words to support it. The artist is prudent in terms of adventurous experimentation, and minimalistic; his works seldom have more than three colours, and he does not use a palette or an easel. Instead of colour, line and form as primary requirements, his approach uses colour and surface as foundational elements.

Basu lives and works in Calcutta. 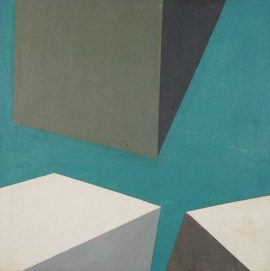 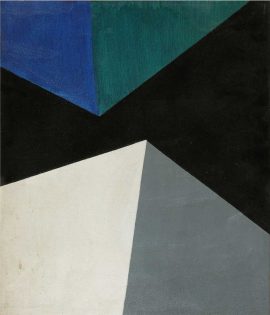