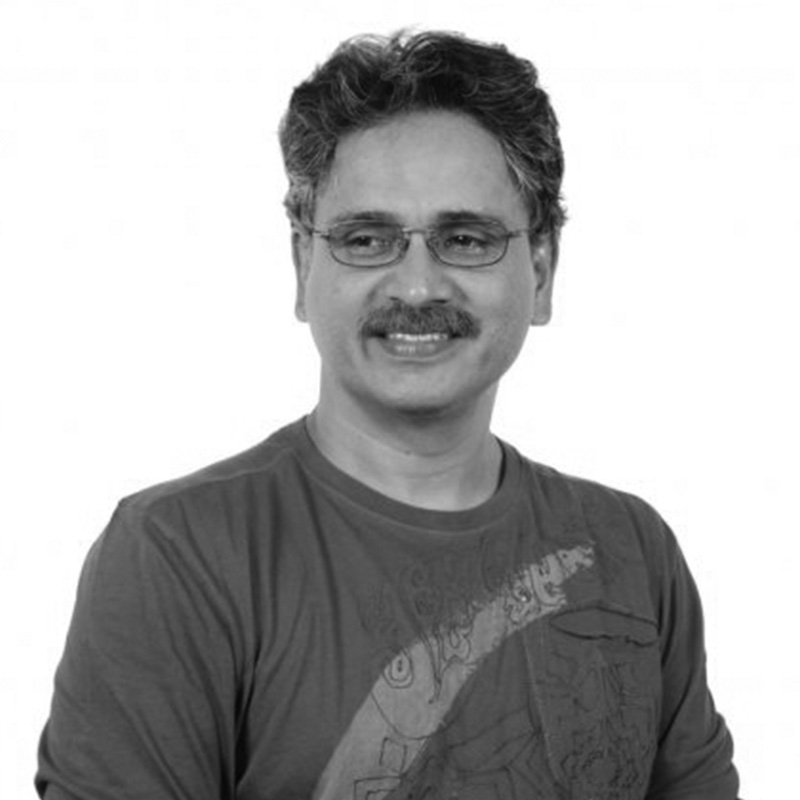 Shilker’s works reflect the quality of life in Goa with it’s temples, churches, sea, mysticism and worldy pleasures. His paintings are his contemplations; it is like the sea at times- silent and quiet but violent and destructive. He creates a visual imagery of forms that have no resemblance with the world we live in; they are a cryptic language of his own. The way he treats the forms and colours are almost akin to the act of a sculptor paring down the superfluous to reveal the forms within. His scribbles, wiggles and broad brush strokes resist literal translation and he continuously captures the imagination of viewers who find meaning in the bold reds and subtle shades of greens and greys forming creative and yet mysterious designs to each one.

Shilker’s work inhabits a space whose triple points of reference are enigma, randomness, chaos and poetry.The forms take shape from the collective unconscious through the his perception of reality. The mystery of the precise which this takes place is one of poetry. An unrestricted palette gives his work jewel -like luminosity due to the intensity of his colours and the delicate yet tensile ordering of his painterly language.

Shilker has been a member of the “Contemporary Colorz” Artist Group and has had various group and solo shows at the Flying Dutchman Gallery of Art, Calangute, Goa between 1990 and 1993 and at Galleria Rallino, Panaji, Goa, Art Chamber, Goa from 1995 onwards amongst other galleries. He has participated in an Artist Camp organized by ‘AIFACS’ Delhi in 1994. His works are part of various collections including the National Gallery of Modern Art, Mumbai, The Jehangir Nicholson Art Foundation, CSMVS, Mumbai, Haresh Chaganlal and various private and public collections in India and abroad.

Shilker has been painting for the past 35 years and is currently working with acrylics and watercolours with themes revolving around magical abstraction. He lives and works in Goa. 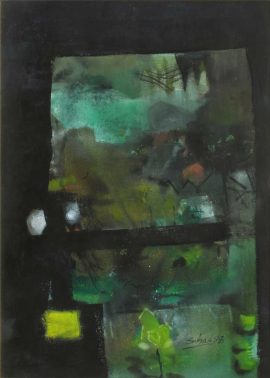