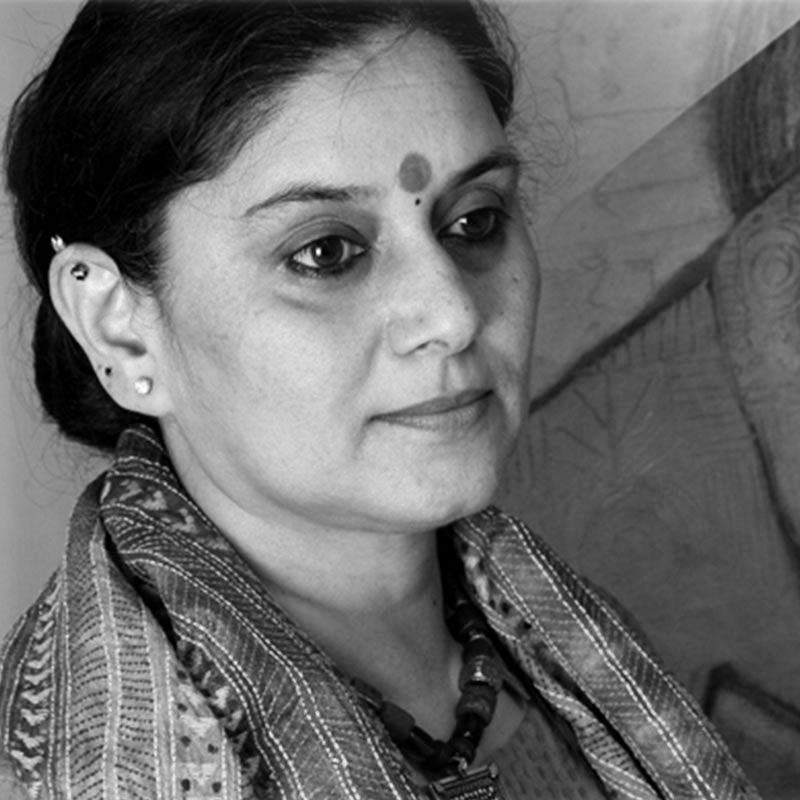 Shubha Gokhale was born in 1959. She completed her Diploma in Drawing and Painting, Pune in 1980. She further studied Drawing under the guidance of the late Shri Gopal Deuskar, Pune from 1980 – 82. From 1982 – 88, she studied Miniature Painting at The Prince of Wales Museum, Mumbai, under the guidance of Shri Sadashiv Gorakshakar.

Gokhale believes that creativity is a way of life, and she expresses this through her paintings and jewellery. Her constant inspiration has been music, poetry and literature. While Gokhale was in college, she was attracted to still lifes and throughout her career, she keeps going back to it. For her, still life was not just an arrangement of objects but a focus of many tumultuous thoughts covered underneath the apparent frozen objects. That is why the common objects of daily experience take shape and colour according to the moods and expressions which preoccupy her mind at that time.

Gokhale believes there are always daily constraints and social conducts that influence human behaviour, and there is an invisible string that controls their destiny. This led to one of her most well-known series, the Puppet series; where she shows human beings as puppets in various settings and colours. They appear to come alive on their own but also seem to convey that despite their postures of joy and gay abandon, there is, that unseen hand which controls the show.

While working on puppets, Gokhale had taken liberties with the anatomy of the figure. This influenced her to study and paint a series of nudes called Dehaspanda, the resonance of the body. Our emotions expressed through our body and nudes are like linear confessions of the body and soul.

Gokhale has taken part in various exhibitions in India and abroad. In 1996, a film portrait was shot on the her work as part of a feature on contemporary Indian Art shot by Rehman Film International for Telecast on Holland T.V.  In 1997, a programme “Style” was telecast on BBC featuring “Mini Format” paintings.

Gokhale works and lives in Mumbai. 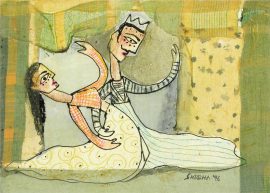