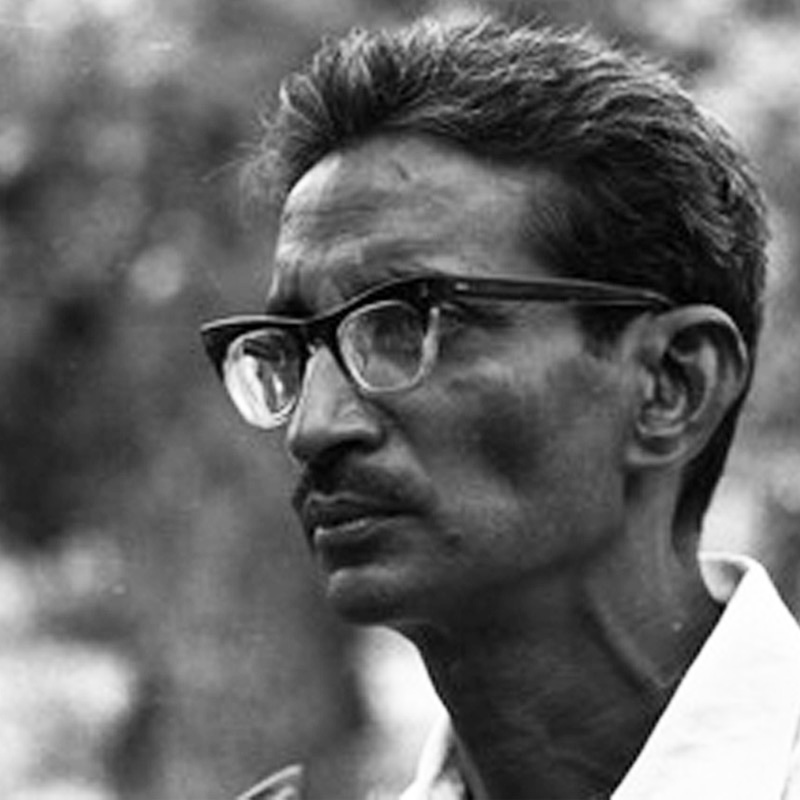 Sankho Chaudhuri was born in 1916 in Santhal Purganas, Bihar. He completed his Bachelor of Arts from Santiniketan in 1939 after which he further studied and received a Diploma in Fine Art with Distinction in Sculpture from Kala Bhavan, Santiniketan. In the 1940s, new styles and media were explored by sculptors, with a strong leaning towards abstraction.

In 1945, he went to Nepal to assist Ramkinkar Baij to execute the War Memorial and learnt the Nepalese system of metal casting. Ram Kinkar Baij, his teacher was a key figure in this early emancipation from the mainstream British style. Though he was profoundly influenced by Baij, Chaudhuri was by no means restricted to one school of expression. Known for his wide range of subject matter and his fondness for a variety of materials, Chaudhuri`s abstract sculptures express an innate sense of rhythm. He has a sensitive feel for material which is often transformed into a lyrical and austere rendering of form. He constantly strove to experiment and innovate with material, style and technique. His themes include the female figure and wildlife. Chaudhuri is considered one of the stalwarts of Modern Indian sculpture, whose work is significant in the evolution of Indian sculpture away from the academic style based on mid-Victorian ideals of naturalism that had developed under the British Raj.

In 1949, he went on a study tour of Europe where he worked in Paris and England and visited art centres of Italy, Switzerland, Belgium and the Netherlands. 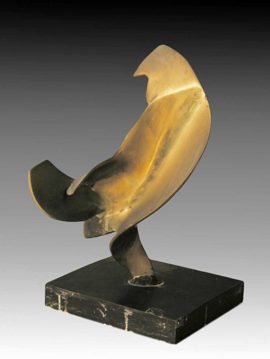 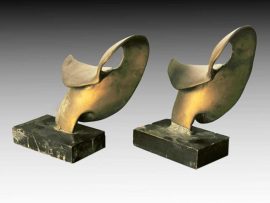