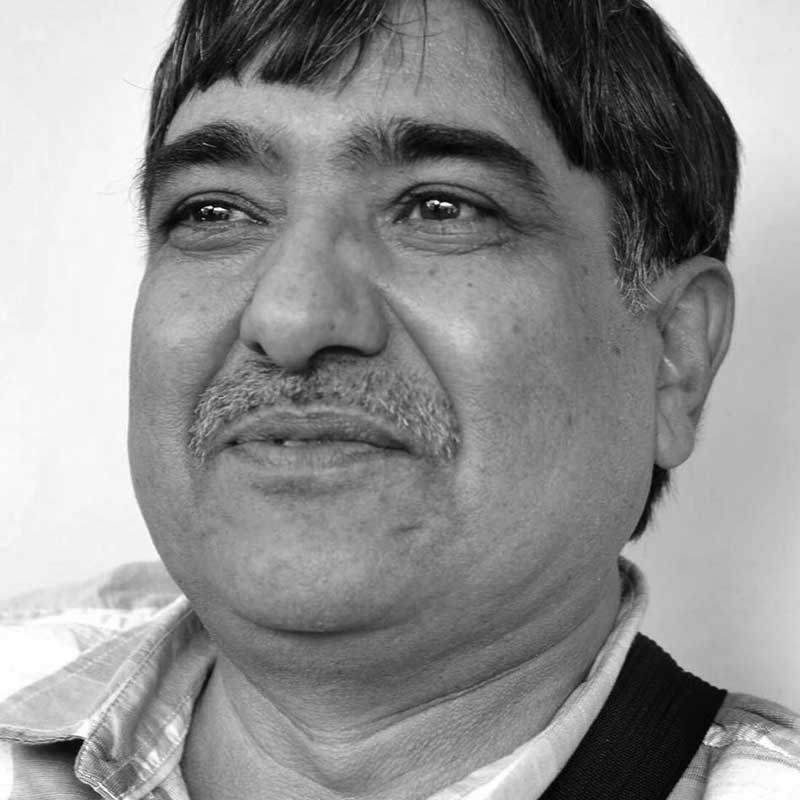 Ratilal Kansodaria grew up in a remote village of Gujarat, where the arts surrounded him. His mother made toys and designed costumes with intricate embroidery. His father was a poet in the royal family of Suryapratapgarh. Later, they moved to Premgarh, where he began making one sculpture a day from the age of 12 (in wood or limestone). His family and village folk encouraged him and would get him all kinds of wood and stone pieces. At that time, he didn’t even know that sculpting was a career choice. Apart from them, Kansodaria’s biggest inspiration was sculptor Raghav Kaneria, who he met at MSU’s Faculty of Fine Arts while doing his Bachelors degree in 1983. He further completed his Masters in Fine Arts at MSU in 1990, and later taught there as well.

Kansodaria had been carving wood for many years, which he did in all sizes & dimensions. He rarely chose a cubical block with their geometrical restrictions. Instead, he preferred irregularly shaped tree trunks with extended branches. This form of the material gave him the freedom to transgress boundaries and handle it in figurative compositions, which allowed him to discover his own unique style. This form sense does not see any boundaries for sculpture, an imaginary or notional finite beyond which it does not transgress, but there is a constant pushing outward thrust in all directions making the sculptural form appear weightless & ceaselessly moving in all directions. He evolved this form sense through working with wood led him to similar structures and components of imageries in his bronzes. Not only are the bronze forms in constant flux, but having been released from the prison of the straight plane, they seem to fly. A warm reddish patina applied to the bronze sculptures further consolidates a fraternal relationship with their wooden counterparts.

Kansodaria’s sculptural form often extends horizontally, rendering it as both a narrative as well as a landscape. A significant continuity emerges between the viewer’s space and the space within the sculpture. His figures are characterized by a certain elongation of the limbs and body proportions of both humans and animals. Strength and movement, physicality of bare bodies, force, posture and muscular tension make for fascinating visual experience. In recreating the backbone of the rural setting, he acknowledges the human spirit and its ongoing zest for life. 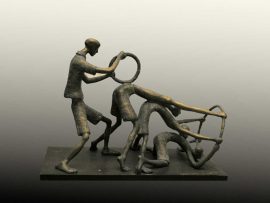