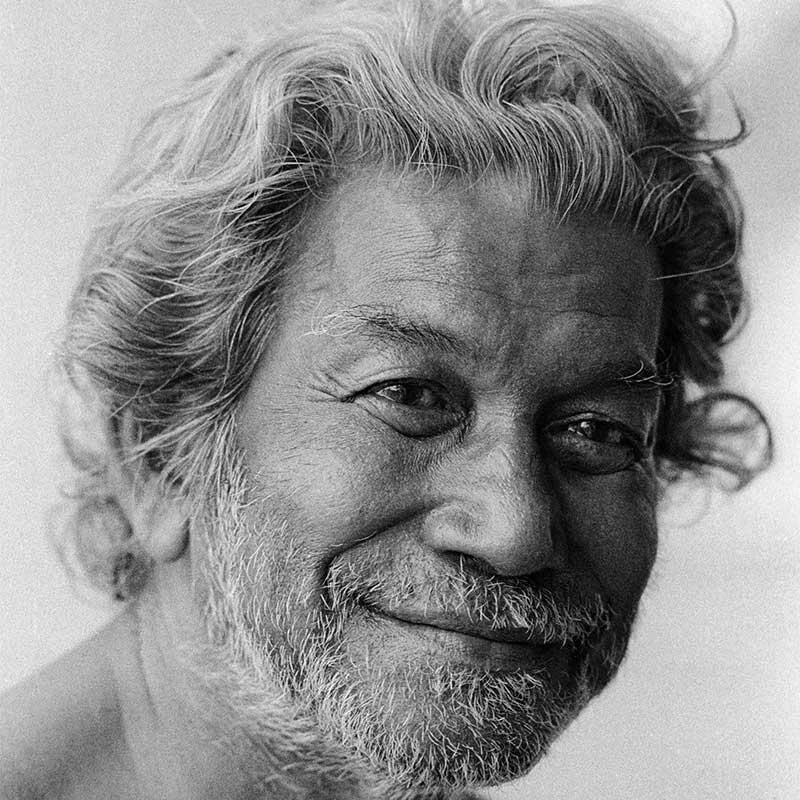 Born in Bankura in West Bengal in 1910, Ramkinkar Baij studied at the Kala Bhavan, Vishwa Bharati University, Santiniketan in 1925. He disregarded norms and artistic standards of the University and worked in a more spontaneous manner. A brief introduction to clay modelling by a visiting French sculptor was enough to capture Baij’s creativity. Groomed by his mentors, Nandalal Bose and Tagore, the clay modeler turned artist.The lack of academic training resulted in unique, individualistic works and an innovative way of engaging with the medium.

He was the earliest artist in Santiniketan to experiment with abstract, modern sculptural forms. He introduced cement concrete casting as an alternative to expensive plaster. He was extremely innovative -he used Santhal wraps with packet colours thinned with linseed oil to create his oil paintings, and drew his figures on silk with a shoe brush. Working at a time when traditional art was transitioning to modern art, Baij’s work proved to be crucial to Indian art history. Later, he headed the Department of Sculpture at the Kala Bhavan.

Baij was inspired by real life figures, and his drawings, sculptures and paintings reflected his bold realism and spontaneity as seen particularly in his sequence of watercolour nudes. He integrated elements of Santhal tribal art and life into his own work and enhanced them by an understanding of Western expressionism that was gleaned from books at the library of the Kala Bhavan.

The first truly ‘modern’ Indian sculptor, Baij, believed that it is only momentum that creates tension in a work of art. His sculptures were monumental, yet possessed an inner movement.

A retrospective of his works was held at the National Gallery of Art, New Delhi in 1990. His works are part of several private and public collections. The Government of India commissioned Baij to create two colossal sculptures at the Reserve Bank Of India headquarters in Delhi in 1970 for which he was awarded the Padma Bhushan. 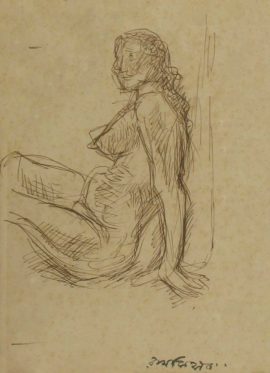