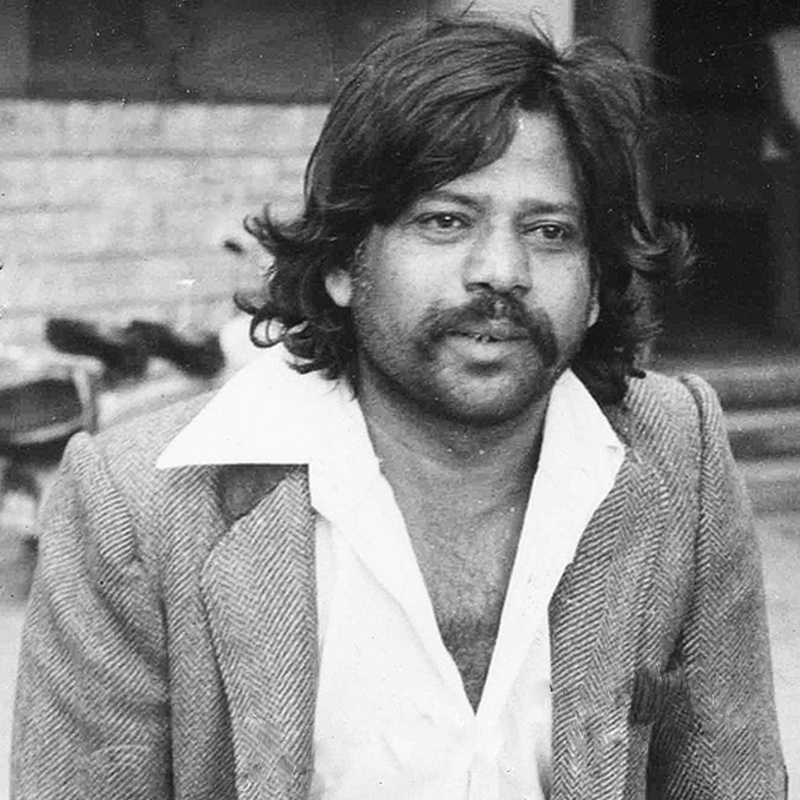 Ramesh Pateria was born in Rajasthan in 1937. He graduated from Faculty of Fine Arts, M.S.University, Baroda, Gujarat under the guidance of Sankho Chaudhuri.

Pateria’s work attracted attention and earned him scholarships from Madhya Pradesh State 1964-65, and Cultural Scholarship from Ministry of Education Govt. of India 1967-69. He taught art to children at the Modern School, New Delhi in 1971-72. He then secured British Council Scholarship to study sculpture at the Portsmouth Polytechnic in U.K. during 1972-73 and painting at the Royal College of Art, London in 1973-74. He had a number of shows to his credit and he is featured in a book on Indian Sculpture

Except for a few works in wood, Pateria’s sculptures were created in solid marble rock, for which he is best known. He sculpted marble rocks with modern abstract shapes with strong lines. He used the natural design of lines of the marble stock to create bold carved forms which won him many awards. He prefers symmetrical forms and shies away from decorative art. But this has not held him from keeping an open mind which is revealed by the lessons he has drawn from Indian temple sculpture. These are often reflected in those carved pieces that emit a musical sound. Although, his preference of pure form to decoration becomes manifest when he talks of his works serving a useful purpose. His sculptures are in the National Gallery of Modern Art, Lalit Kala Akademi and many other private and institutional collections. 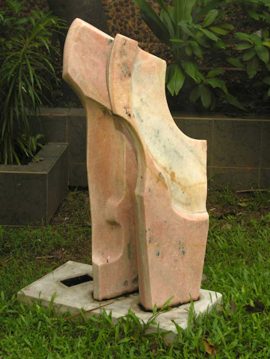