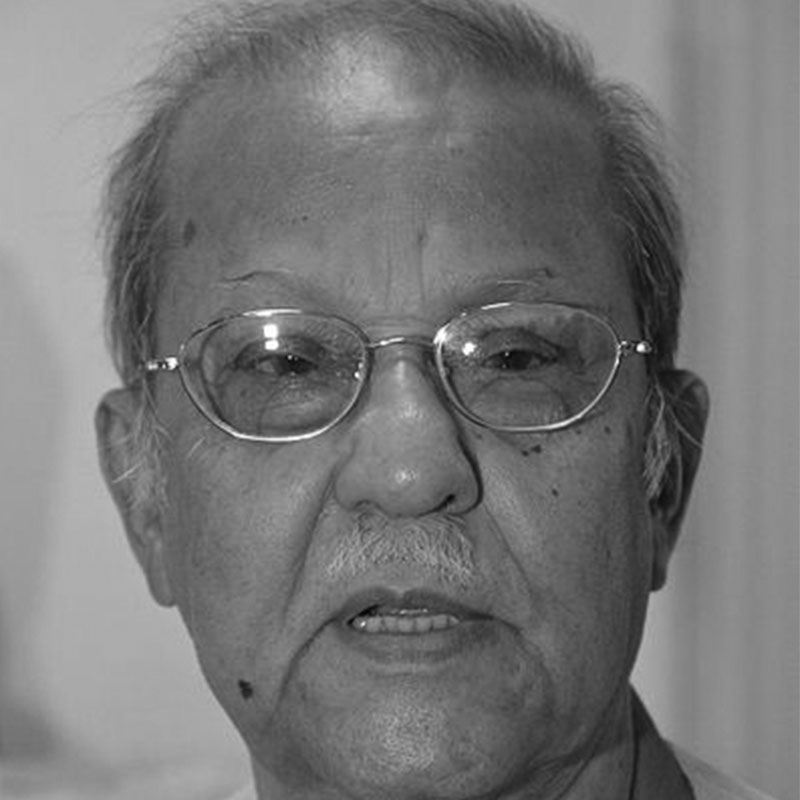 Ramananda Bandyopadhyay was born in 1936, Birbhum, West Bengal. He graduated in Fine Arts from Kala Bhavan, Santiniketan, Kolkata in 1957 under the guidance of Nandalal Bose.

Ramananda’s work is typical of the Bengal School of Art. He is inspired by the simplicity and uncomplicated lives of the rustics. His work successfully recreates the innocence, simplicity and grace of a bygone era. Tradition provides a framework of cultural values that sustains the spiritual life of a nation, society and of every individual. A very distinct characteristic of his work is his palette – consisting of predominantly red, browns and greens, which was inspired by his mother’s addiction to paan.

Drawing on the ancient and rich cultural heritage of India, Ramananda painted subjects based on Indian mythology and literature including Hindu Gods and Goddesses. This strong bias towards religious subjects is in part attributable to his upbringing. His parents were ardent followers of the religious tenets of the Ramakrishna Mission and the artist himself spent most of his working life as a teacher and Director of the Art Museum and Gallery at the Ramakrishna Mission Vidyapith in Kolkata. He was also a member of Birla Museum and the Asiatic Society, Kolkata. Although he is inspired by mythology and heritage, his works are a blend of tradition and the contemporary, which gives Ramananda’s canvases the best of both worlds. He transforms mundane subjects like the middle-class going about their daily activities into paintings invested with a rare grace and beauty.

A retrospective exhibition of Ramananda’s works was organised at the Academy of Fine Arts, Kolkata in 2003. He is one of the trustee members of Indian Museum, Kolkata and also a member of Kolkata Corporation Heritage Committee. He lives and works in Kolkata. 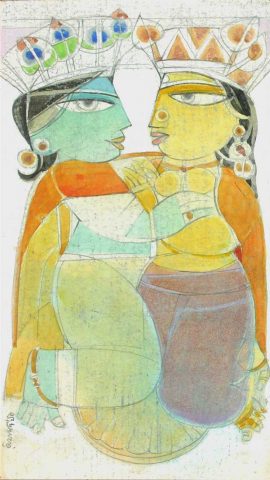