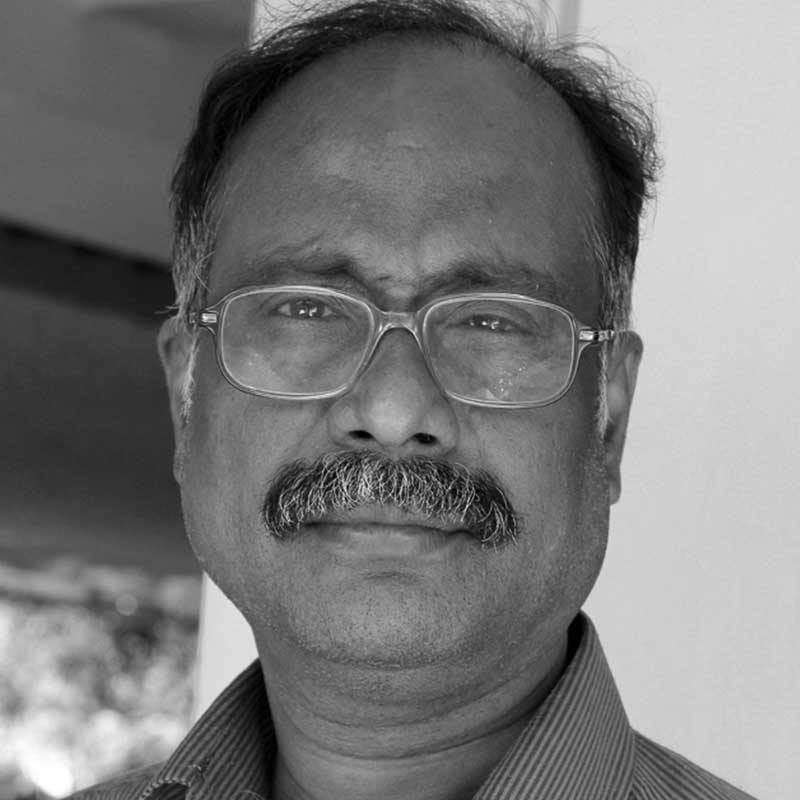 M Palaniappan was born in Devakottai, Tamil Nadu in 1957. He graduated from Government College of Arts Crafts, Chennai in Fine Arts (Paintings) and Post graduate with Industrial Design (Ceramic). He further studied advanced Lithography in Tamarind Institute, USA during 1991 and was the Artist-in-Residence at Oxford University, London in 1996.

Palaniappan’s interest in science and psychology transforms it into the subject matter for his art. His works are a visual analysis and thought; an expression of time, space and the environment and the relationship between the physical and psychological perception of the matter. His earlier works were based on war films, flying machines and flight, movement and motion. From 1984 to 88, his creative journey went through a shift where he found the importance of the different perceptions of the world and its existence through the context of ‘documents’. The organization of mixed media collage materials on the print investigated the relationship of the various motions in the context of various perceptions.

In 1990, Palaniappan encountered his first physical experience on a flight and seeing the land patterns through the window changed his view of moving land architectures. Soon, the physical perception of matter became predominant in his work. His interest in drawing made him experiment with shapes, and deal with the interactiveness of forms and the space in ‘conte’ drawings. It also made him realize the significance of the negative space and its value in term of physical and psychological perceptions.

In 1999, Palaniappan’s visit to Germany and the Reichstag at Berlin recollected the World War II which he psychologically experienced through the war films in his early days. It made him explore the experience, the sequence of mixed media work and graphics and drawings, abstraction of the line and movement which he connected to the present state of nation, world and politics to stress the social awareness.

Palaniappan is a recipient of several awards, honours and residencies including the Fulbright Grant, Charles Wallace India Trust grant, International Visitorship programme of USIS, and Senior Fellowship, Government of India. Other awards included the National Award, International Prints Biennales of Bhopal and Taiwan and a RAZA Foundation Award.

Palaniappan was invited by several international universities and art institutions to conduct workshops in print-making. He has curated ‘Trends in Indian Art’ organized by Lalit Kala Akademi, New Delhi in 1997. He served as International Commissioner in 1995 and member of the International Jury in 2008 for Bharat Bhavan International Prints Biennale. He was a board member and Life Trustee at Dakshina Chitra / Madras Craft Foundation and an art advisor at Kalakshetra Foundation, Chennai. He is currently Regional Secretary of the Lalit Kala Akademi, Chennai and lives and works there. 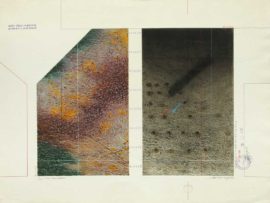