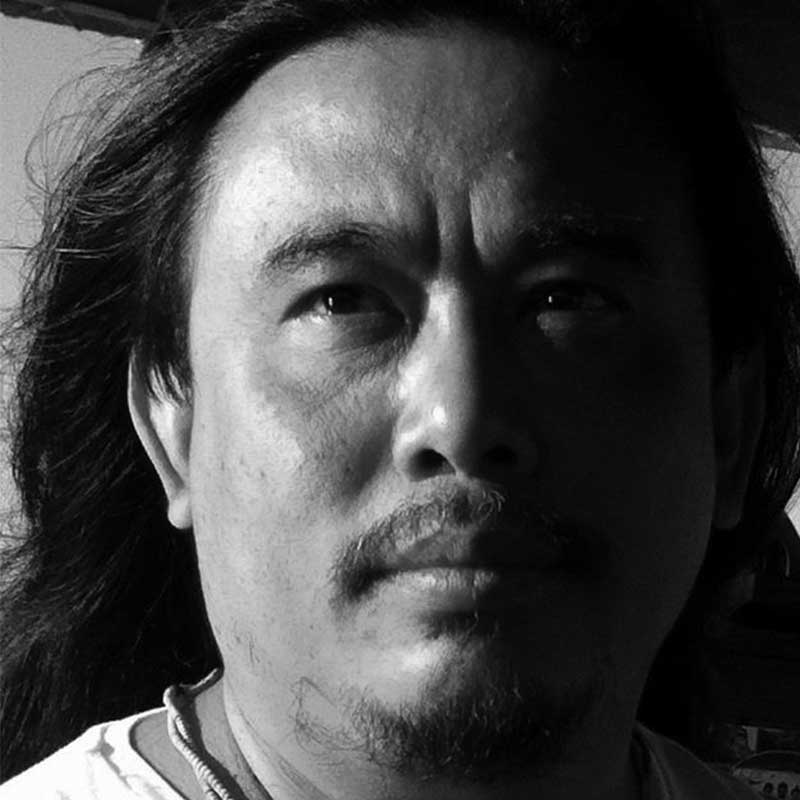 Radha Binod Sharma was born in Kamalpur, Tripura in 1964.  He completed a Diploma in Painting from Kala Bhawana, Santiniketan, Viswa Bharati University in 1989 and Post Diploma in Fine Arts (Painting) from M.S. University, Baroda in 1991.

Sharma represents the people, impediments and venues of marginal or urban life in his work. He uses a distinctive palette which illuminates earthly objects and the protagonists with luminescent light. The red, green, yellow and blue are nuanced along a scale of emotive association stretching from the sombre to the lurid, from the rawness of a brick wall to the gaudy neon lit figures reminiscent of Indian movie posters. Sharma’s colours are shot through with psychedelic light of a fire flickering behind the surfaces of pigment, his figures and objects assume, in consequence , the aura of portent and riddle. His paintings focus on ‘life on the edge’, lives which are dominated by egoistic and unbridled desire which creates for the human participants the illusion of repose. In the shadows sit the power-merchants, the brokers of pleasure, who ultimately deliver to their recipients ‘a living death’.

Sharma was honoured with the Elizabeth Greenshield Foundation Grant, Canada in 1992 and the Charles Wallace Trust Grant, London in 1994. This was followed by the Delfina Studio Trust Residency which took him to London for one year. He also received the Kanoria Fellowship, Ahmedabad in 1991.

Sharma lives and works in London. 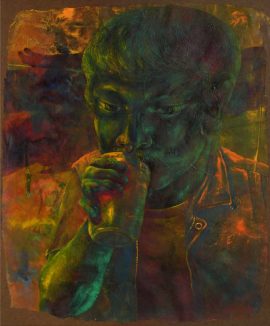