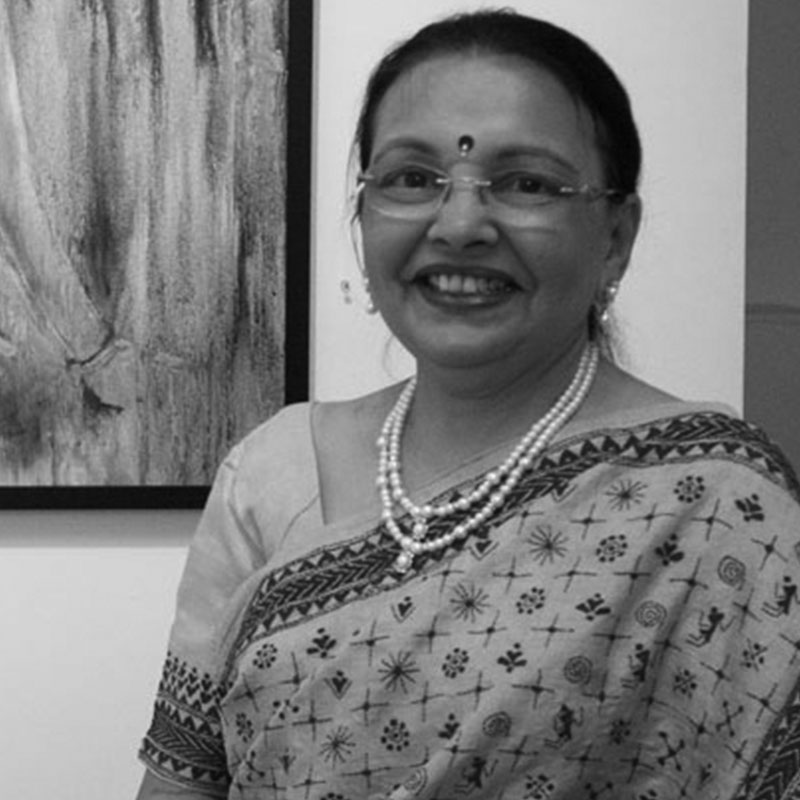 Pratima Sheth was born in 1951. She started her career at a very young age and graduated with a Diploma in Drawing and Painting from Sir J.J. School of Arts, Mumbai. Her earlier works were more free hand style, but she later experimented with watercolour and oil painting. Initially, there was a clear demarcation between the depiction of the land, sea and city, but she started painting landscapes with a painterly expression and deep emotional undertones. The use of colours differs with the additional input of different media but oil is her primary medium. Her drawings are based on the study of the traditional Indian miniature style of painting. A series of pen & ink drawings are expressions with the approach towards the imagery of the compositions in various themes and states of the mind that reflect certain moods and thoughts. In her works, the composition is most important, which was deeply inspired by her travels. Her drawings are usually worked from rough sketches, though intuition forms a great part of it.

Sheth has participated in various solo and group exhibitions in India and abroad.

Sheth has won the first place in On the Spot Collage Competition; second place in On the Spot Painting Competition at IIT, Mumbai in 1975 and Indian Arts on Palestine award presented by Indo-Arab Society in 1976. She was also awarded a Medal of Honour by the Mayor of Wetzlar, Germany for her contribution to Development of Fine Arts.

Sheth lives and works in Mumbai. 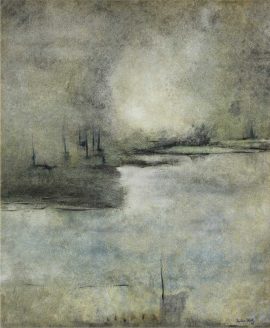