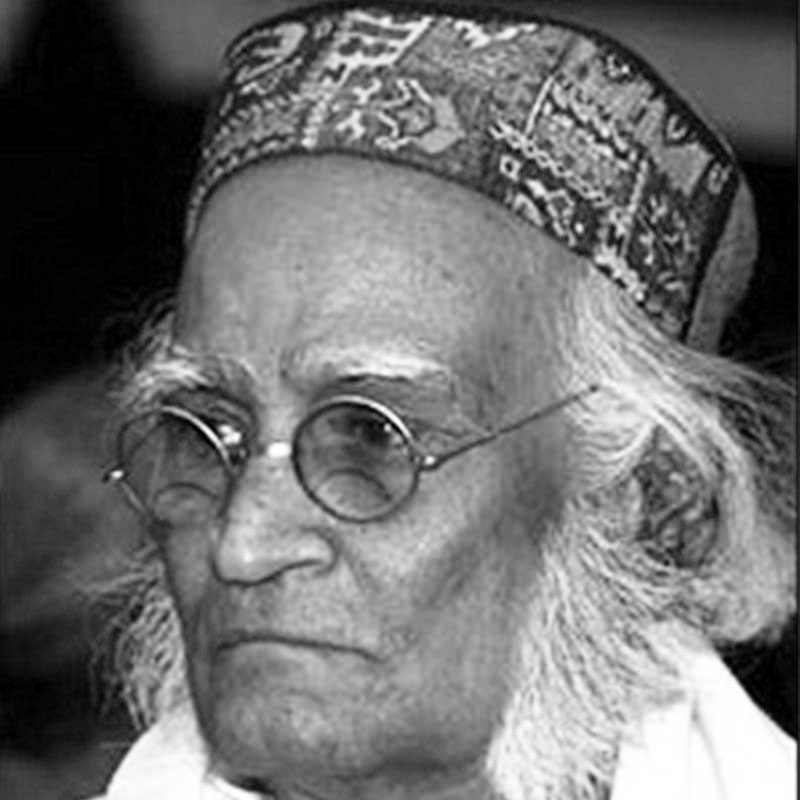 Paritosh Sen was born 1918 in Dacca, now Bangladesh. After reading through the art journal Prabasi published by D.P. Roy Chowdhury, he ran away from his house to study art. He studied Fine Arts at the Government College of Arts and Crafts, Chennai. In 1942, he moved to Calcutta, where he and a group of friends formed the Calcutta Group, an association of artists that sought to incorporate contemporary values in Indian art.

Unaware of the European modern art till the forties, Sen explored and experimented with Indian visual idioms anc voacbulary. While teaching at Art College, Indore, Sen discovered masters like Van Gogh, Gauguin, Cezanne. This pushed him to go to Paris, so in 1949, he left for Paris to study further, attending the Ecole des Beaux Arts. This trip got him closer acquainted with European art and arts. One of the greatest inspirations of his life was meeting Pablo Picasso. Sen returned to India in 1954, and began producting artworks.

A painter, illustrator, tutor and writer, Sen’s more recognizable works are his caricatures, which reflect strong underlying socio-political shades, and his female nude drawings. His style of representation is influenced by his exposure to Western modern art, and has traces of cubism. He uses two dimensional, structured planes but still creates an illusion of voluptuousness. His drawings and paintings are noted for their strong lines and bold, stylised strokes. The human figure, expressing a myriad of emotions dominates his art. A recurrent subject in Sen’s works is his depiction of scenes from everyday urban life.

A prolific writer, Sen has published many works on art in both Bengali and in English, including a series of autobiographical vignettes titled ‘Jindabahar Lane’. His works have been exhibited in India and internationally. The French government conferred on him the L’officier de l’ordere des arts et des letters and Lalit Kala Akademi honoured him with the title Lalit Kala Ratna in 2004. 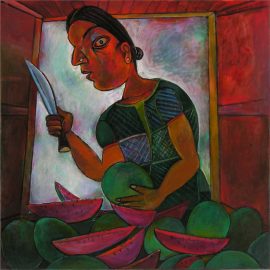 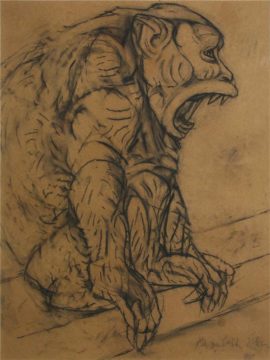