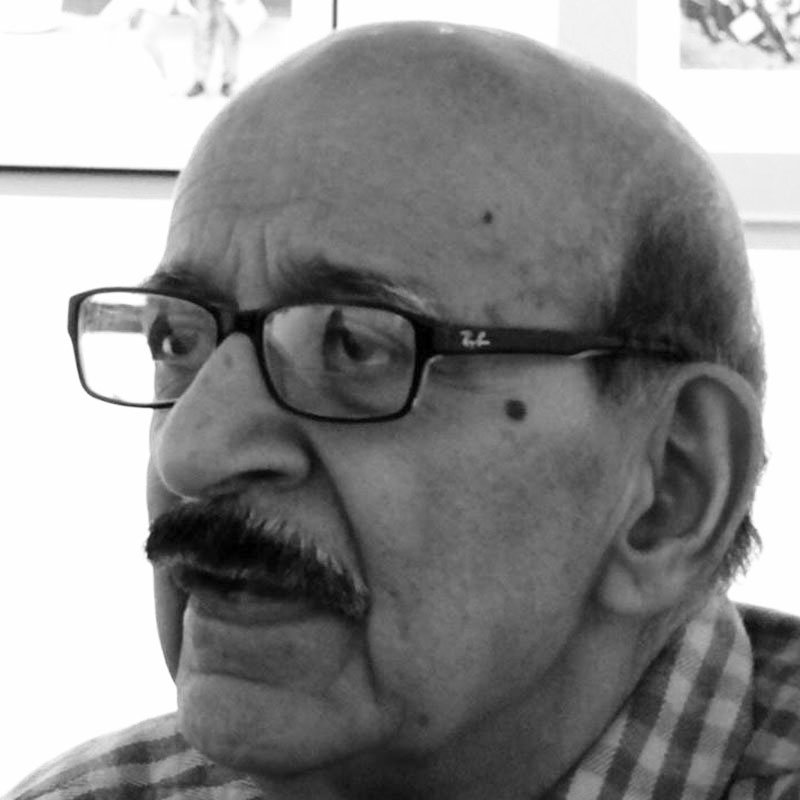 Panchal Mansaram was born in Mount Abu, Rajasthan. He studied at Sir J.J. School of Art, Mumbai from 1954-59. He further studied at the State Academy of Fine Arts, Amsterdam on a Dutch Government Fellowship from 1963-64 which taught him to experiment with new forms of painting and collage.

In 1966, Mansaram immigrated to Canada, where he came in contact with the Toronto academic world including acclaimed philosopher Marshall McLuhan. As an artist, Mansaram demonstrates dedication to his ideas, while simultaneously moving forward with technology: digital, film and the photographic image. He uses advanced technology like xerography, lasergraph printing and digital manipulation, as well as traditional art practises such as college, oil painting and drawing to transformed the photographs into elaborately reworked images.The astonishing art works are as re-structures, layered, fragmented and colourful, as the complex civilization that forms their source. However, throughout his career, collage – in all its phantom-like forms – has been his genius and trusted form of expression.

Mansaram’s work is a departure from the inherited traditions of the Indian subcontinent and also moves forward from the Western model of visual art precedents. He has forged his own language where he eloquently comments on politics and subversive gestures. His works are primarily inspired by his love for India, and are a mosaic of people, layers of colour and the palimpsest of centuries creating a visceral experience.

Mansaram lives and works in Canada. 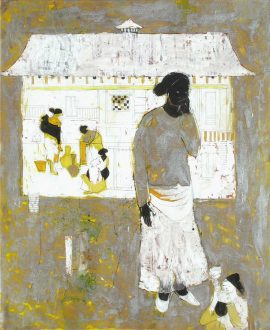