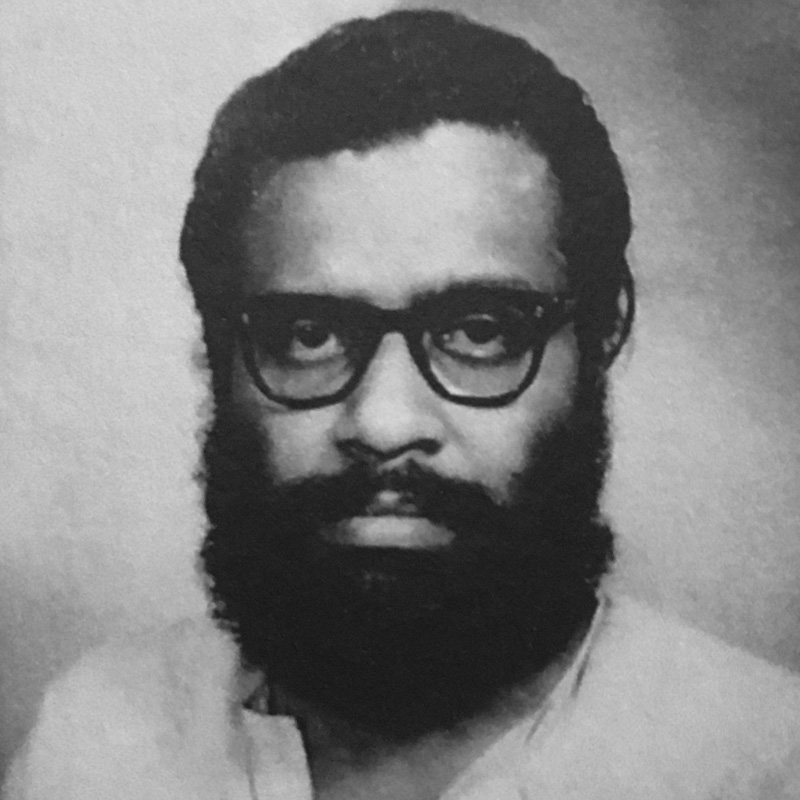 Nikhil Biswas was born in 1930 in Kolkata. He completed his diploma in Fine Arts from the Government College of Arts and Crafts, Kolkata. He was the founder of the Calcutta Group of Painters and the Society of Contemporary Artists, Kolkata and was committed to bringing about technical innovations and transformations in contemporary artistic thought.

Biswas worked as an illustrator for Bengali news weeklies, he searched for images to express the political and social turmoil that was brooding in Kolkata. As a result of which, most of his drawings emerged from his diaries. To ern a living, he also taught art at Mitra Institute.

In the midst of the abstractionist wave that was influencing the artists of the ’60s; Nikhil Biswas’s work was a testimony to humanistic ethics. Filled as much with gestures of struggle or pain, as they were with the rebellion against the very suffering they depicted, the paintings were deeply related to his moods. These intense works reflects the temper of the turbulent conflict-racked period immediately before and after India’s independence. He used powerful, expressive lines, strongly delineating, bending and twisting them to his purpose.Color effects, often vividly whorled and complexly structured were used with similar emotion. His themes dealt with issues such as the Bengal famine, the trauma of India’s Partition and the migration along with it, and the human upheavals triggered by the India-China War of 1961. But representation of the day to day lives and aspects of men and animals – particularly horses, his symbols of strength and virility – exude a similar stormy power.

Biswas was an admirer of Michelangelo, and often couched his very contemporary concerns in the allegorical myths of both Europe and Asia. For him, the symbol of all humanity was Christ. The European myth of the fight between bull and the horse also preoccupied him as being symbolic of instinctive violence and human clarity. He was moved by the morbidity of the human mind and his works attempt to depict the truth in the background of eternal and universal values.

Although Biswas died in 1966, he produced more than 10,000 black and white works during his short life span. 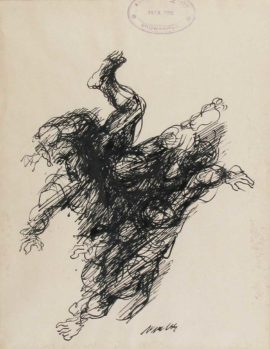