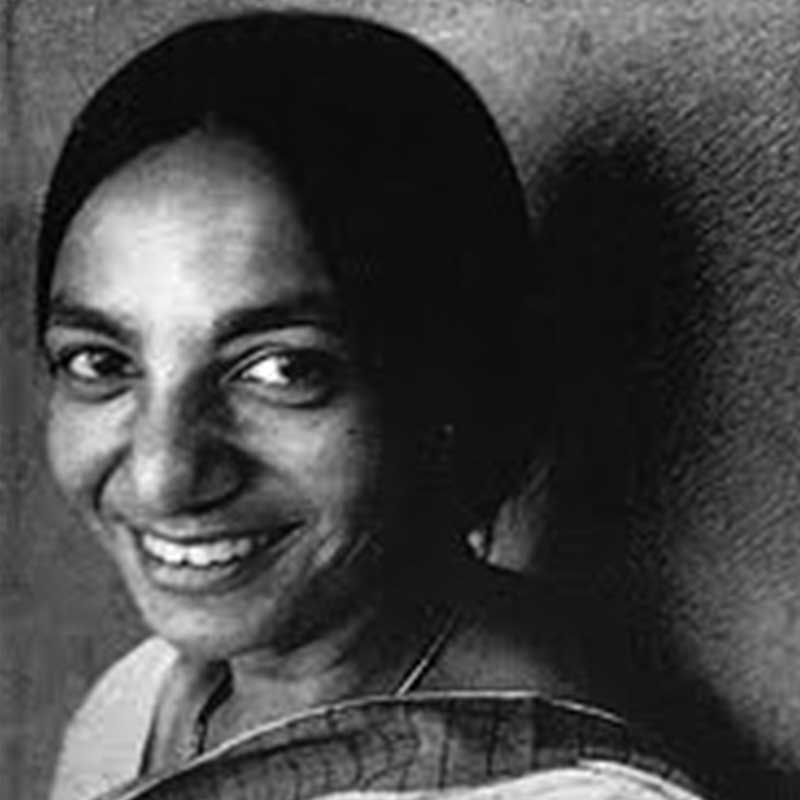 Nasreen Mohamedi was born in Karachi, now Pakistan in 1937. She studied at St. Martins School of Art in London from 1954-57. After which she studied at Atelier Guillard in Paris from 1961-63. She taught at MS University Baroda in 1972.

While most of her contemporaries in the 1960’s were into figurative paintings she painted semi-abstract landscapes. In the 1970’s during her time in Baroda the artist went through a radical shift. Her works became starker formal, minimalist, precise. She also has used photography that reflect her interest in composition and design. She is best known for her carefully ruled line drawings based on grid patterns which are concerned with space and geometry. Mohamedi’s work defies categorisation; the result of a disciplined and sustained effort to craft an individual formal vocabulary, it remains without parallel, the product and artefact of Mohamedi’s distinctive personality, process, and aesthetic values. Her works remains highly rhythmic – releasing the energy and movement of natural phenomena through line. The grid that so often provides a spatial environment for her drawings is less a limitation than a framework for her compositions.

She was inspired by Malevich and Kandinsky as well as by her extensive travels. She gained exposure to Western artists and movements as well as well as Asian inspirations such as Sufism and Islamic architecture. Zen Buddhism also played a role in her work. The time she spent in the desert regions of Bahrain and Kuwait have been cited as sources of some of the spare geometry of Mohamedi’s work.

Beginning in the 1950s and early 1960s, Mohamedi began photographing her surrounding environment – not only during her frequent travels, but in the course of her daily life. Her photographs were more than documentary, however; the photos from the 1980s, for example, like her late work in pen and ink, are abstracted to the point of becoming non-representational. It is also known that Mohamedi was interested in weaving – a number of her photographs feature looms and textile machinery – an interest that appears in the patterned texture and intersecting lines of her gridded work.

In the 80’s Nasreen broke out of the grid and began creating diagonal circular forms against an empty ground. She became interested in movement, sound, speed and light. At the same time she became very ill with Parkinson’s disease. She passed away in Kihim, India in 1990.

Her work has been exhibited at the Museum of Modern Art in New York, the Kiran Nadar Museum of Art in New Delhi, Documenta in Kassel, Germany and at Talwar Gallery. Today, Mohamedi is considered one of the major figures of the Indian modern art of the twentieth century. 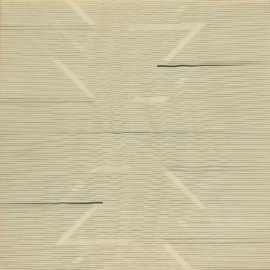 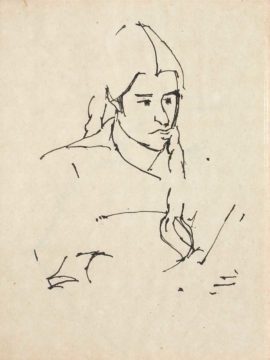