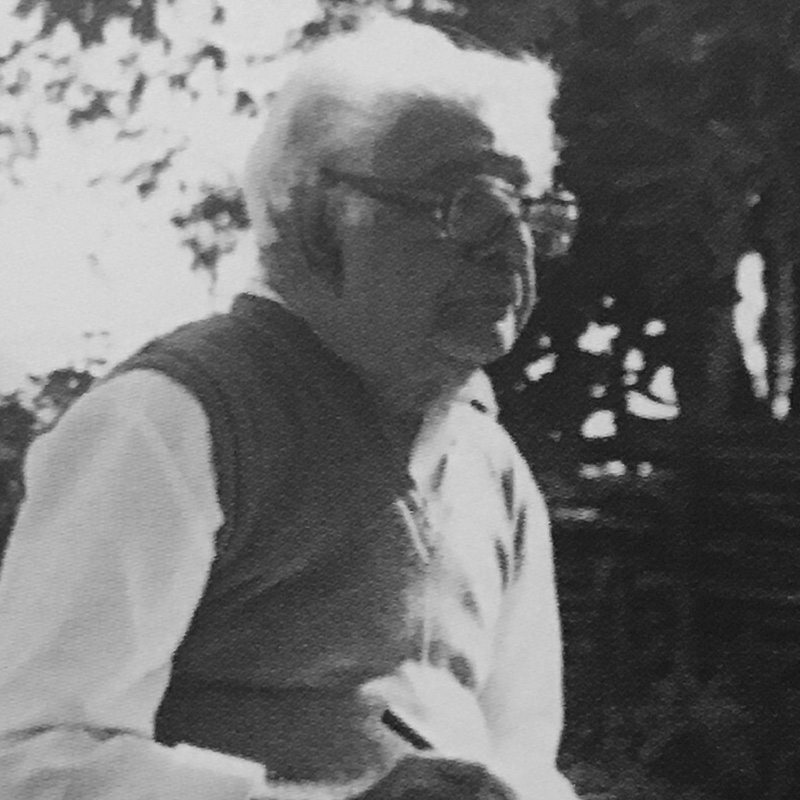 N.S.Bendre was born in 1910 in Indore. He was trained at the State Art School in Indore in 1929, following which he received a Government Diploma in Art from Bombay in 1933. His initial interests were conditioned by the quasi-modernist landscape painting as practiced at the Indore School. An avid traveller, Bendre continued to paint the landscape throughout his career, often with different stylistic means. Part of the year 1945 was spent as artist in residence at Santiniketan, where he met Nandalal Bose, Ram Kinkar Baij and Binode Behari Mukherjee.

Bendre’s early work has been classified as being academic and impressionist. The dominant subject of his works are landscapes and the portraits, done in oils and gouache.

From 1947-48, he travelled to the United States and held a solo exhibition at the Windermere Gallery, New York. On his way back to India, Bendre travelled through Europe, gaining exposure to original works of the modern masters. An independent nation and an art scene animated by the Progressive Artists Group greeted his return in 1948.

In 1950, Bendre moved to Baroda as Head of the Department of Painting at the Faculty of Fine Arts. He became the Dean of the Faculty in 1959. He was instrumental in laying the foundations of the new programme. It was here that he embarked upon as his most important phase in his career, which involved experiments with Cubist, Expressionist and abstract tendencies. This gave evidence of his shifting allegiances to currents in mainstream European modernism and his endeavour to marry these with Indian formal and thematic considerations.

Travels continued, within India and internationally. The adventure of modernism that Bendre carried from Bombay to Baroda bore fruit in the formation of the Baroda Group of artists in 1956.

After he resigned from the Baroda Faculty in 1966, Bendre experimented with his version of pointillism and held shows in Bombay every alternate year. He was awarded Padmashri by the President of India in 1969 and the Padma Bhushan in 1992. He was elected to chair the International Jury at the Second Triennale in New Delhi in 1971 and as fellow of the Lalit Kala Academi in 1974. His illustrious carrier was recognized further with a Retrospective Exhibition at the Lalit Kala Akademi in 1974, the Aban-Gagan Award from Viswa Bharati University in 1984, and the Kalidas Samman in 1984.

He continued to paint till he passed away in 1992. 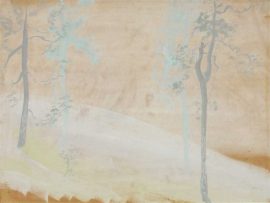 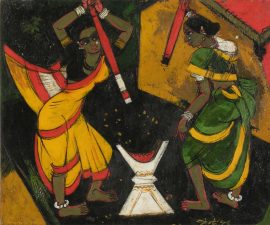 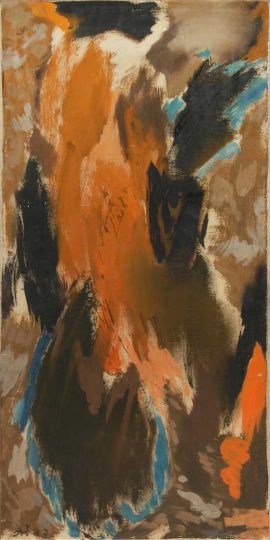 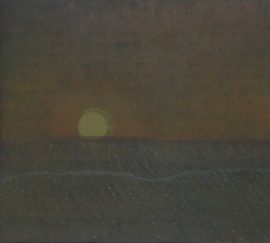