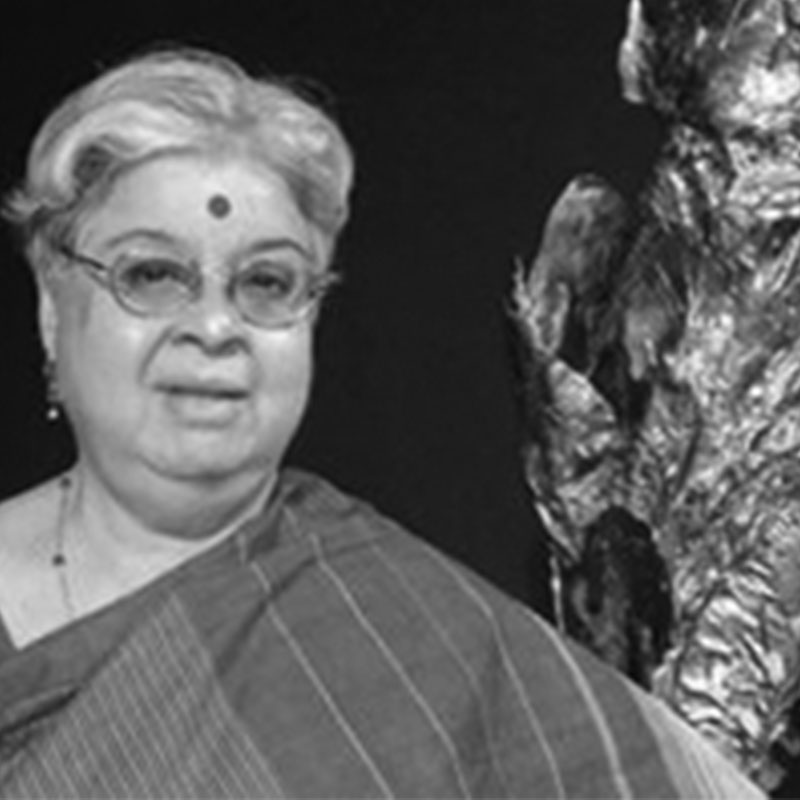 Mrinalini Mukherjee was born in Mumbai in 1949. She was the daughter of artists Benode Behari Mukherjee and Leela Mukherjee. She studied painting at M S University of Baroda between 1965 -1970. From 1970 to 1972, she did her post-Diploma in mural design under Prof. K G Subramanyan. It was from this time that she started experimenting with natural fibers as a medium.

She used hand dyed knotted sisal and hemp to weave organic sculptures. Pushp was made in 1993 which resembles a flower but it is also reminiscent of a vulva. The work is based on prakriti -the female principal of regeneration. In 1971, she received a British Council Scholarship for sculpture and worked at West Surrey College of Art and Design in Farnham, UK.

Mukherjee has participated in many distinguished group shows and has held several solo exhibitions. In 1994-95 she was invited by the Museum of Modern Art at Oxford to mount an exhibition of her sculptures. The show subsequently travelled to several cities in the UK. She has also participated in an international workshop in Holland in 1996. Later, Mukherjee started experimenting with ceramics.

She made her mark in the 1970s and 80s with ambitious works of dyed and woven hemp fibers and went on to investigate ceramics and cast bronze. Her most recent body of work takes the bronzes to new levels of technical proficiency and commanding scales.

Mukherjee has a unique voice in contemporary Indian art. The sculptures knotted painstakingly with hemp ropes in earthy or rich glowing colours evoke a fecund world of mushrooming life, lush vegetation and iconic figures. The strong undertone of sexuality is manifest in the phallic forms, in its mysterious folds and orifices, the intricate curves and drapes. There is a sensuous, tactile quality to her work which exercises a compelling hold on the viewer. Her latest works are in bronze once again drawing upon nature although the references are aquatic. The texture of a bronze is burnished to resemble the gleam of a shell. 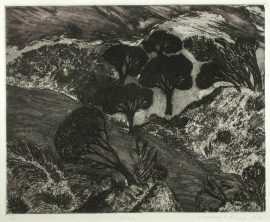 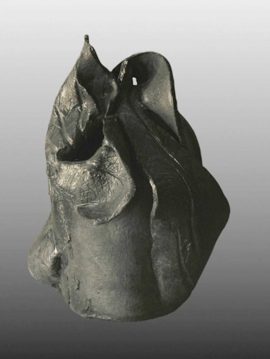