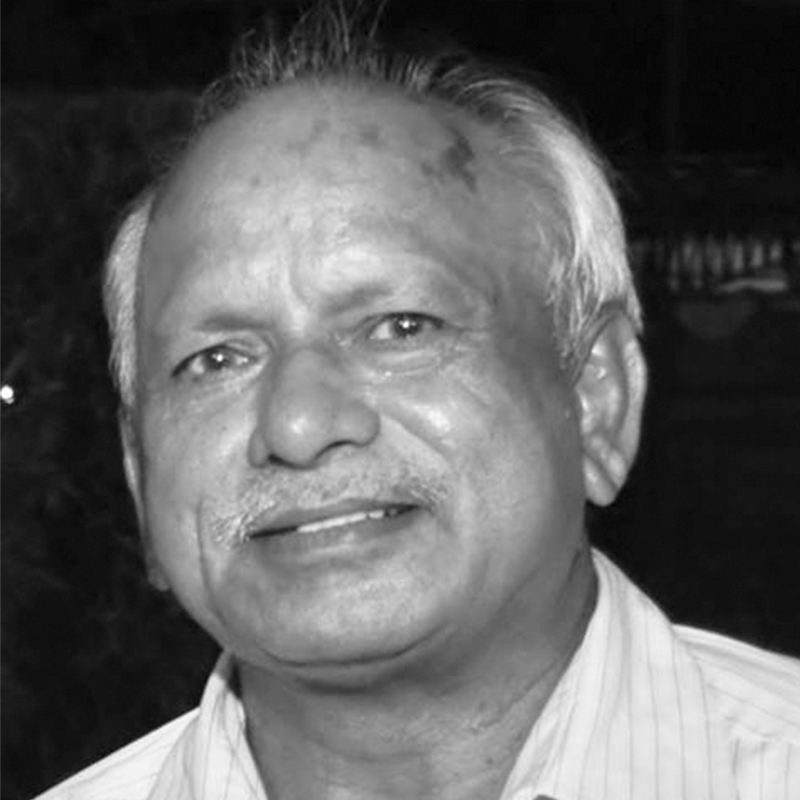 Moti Zharotia was born in 1953. Through his childhood, he enjoyed drawing and sketching, but he dreamt of becoming a lawyer, so he graduated in Political Science from Delhi University. But, in 1979, he decided to pursue art and graduated in Graphics & Paintings from the Delhi College of Arts, Delhi University. After successfully accomplishing his graduation in Fine Arts, he received an appointment letter to join the National Institute of Open Schooling, Delhi as a Graphic Officer. This career bestowed him authority, eminence and a rich experience; he gracefully completed his official tenure as an Assistant Director in 2012. Although the administrative work kept him busy, he continued creating art, especially silk screen printing and extensively participated in national and international exhibitions.

Despite many obstacles and complexities of life Zharotia never let his passion for art to perish. His earliest works depict a beautiful range of pencil drawings. His love for bright colors made him strive for something new. This is what lead him to experiment and he honed in on Silk Screen Printing. He was then engrossed with learning the methods and execution of Silk Screen Printing. Within a few months, he was an expert and suprisingly realized that Silk Screen Printing was his forte. His prints depict beautiful shades of life, nature and spirituality.

Spirituality has inspired him and has helped him to evolve as a person with deeper insights into life. Besides painting, he expresses his insights through the medium of poems. He has already been accredited with two Hindi poetry books in his name. His maiden poetry book “Kacche Dhaage” was published in 2015. He has also contributed many of his poems in different poem anthologies.

Presently, Zharotia is completely absorbed in evolving some new experiments in his artworks and writing. He lives and works in New Delhi. 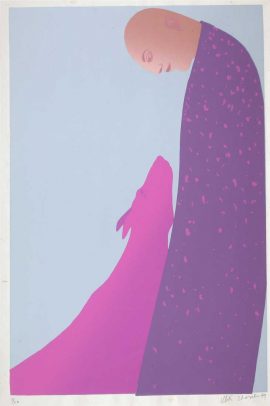