Mickey Patel was a cartoonist and illustrator of books and magazines, as well as a painter and designer. He was born in 1941 in Lahore, Pakistan and went on to study economics at St. Stephen’s College in Delhi. Starting his career in advertising, he worked with Lintas, Thompson, ASP and Clarion. But he gave that up when he thought he had enough of it and started illustrating children’s books thus playing a hugely important role in the lives of the young.

He illustrated and published the books of other prominent writers including Ruskin Bond, and for the National Book Trust in Delhi.

His work has been featured in almost all of India’s leading newspapers and magazines including India Today, Reader’s Digest, Business Standard, Hindustan Times, Illustrated Weekly of India, Shankars Weekly and the Patriot.

He also provided the still sketches in some famous television serials including Nukkad. He was awarded Noma Concours by UNESCO for Picture Book Illustrations in the years 1978, 1984 and 1986. 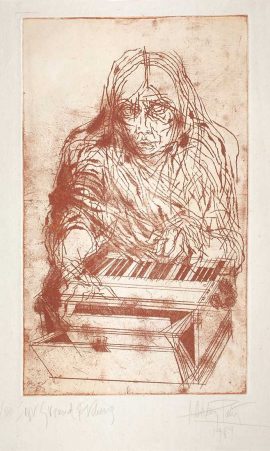