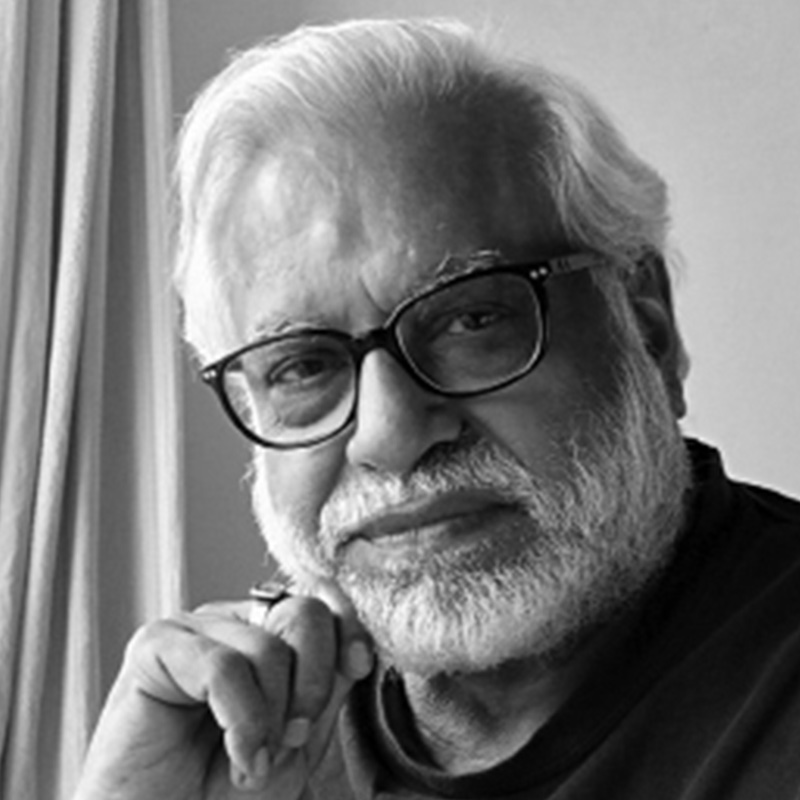 Manu Parekh was born in Ahmedabad in 1939 in Gujarat. He graduated with a Diploma in Drawing and Painting from Sir J. J. School of Art, Mumbai, in 1962. He then started his career as a stage actor in Mumbai and designed stage-sets in Ahmedabad. From the world of theatre, he entered a different field when he joined the Weavers’ Service Centre, Mumbai, in 1963 as Art Designer. After two years he moved to Calcutta and lived and worked there till 1974, when he was appointed a Design Consultant by the Handicraft and Handloom Export Corporation of India, New Delhi.

His busy life as a designer ran parallel to his continued experiments in painterly pursuits. Later, he left the Export Corporation and began working as a freelance artist. Parekh’s early work explored the relationships between man and nature. His paintings have always had a concern for man’s social being, and contradictions surrounding this found the basis for his works.

His paintings of the seventies were marked by a gloom and sinister apprehensions, which changed over the years to a long series of paintings with rather oppressive sexual symbolism. His paintings provoke viewers to take notice of the world around them through the emotion, pain and anguish expressed in the subjects of his paintings.

Vivid colours and prominent lines are an integral part of Parekh’s work and each exudes the energy that he attempts to capture. His environment greatly influenced his works. His stay in the city of Calcutta, drew him towards Santiniketan and the old masters of Indian art, Ram Kinkar Baij and Rabindranath Tagore. Banaras played an integral role in his work after his first visit there following his father’s death. This holy city of hope, faith and tourists offered him a vast number of contradictions in one location. His relationship with his wife Madhvi, who is a self taught artist, and his admiration for Picasso were key influences on his works. His later paintings focus on man’s degraded and brutalised existence. 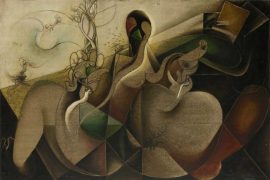