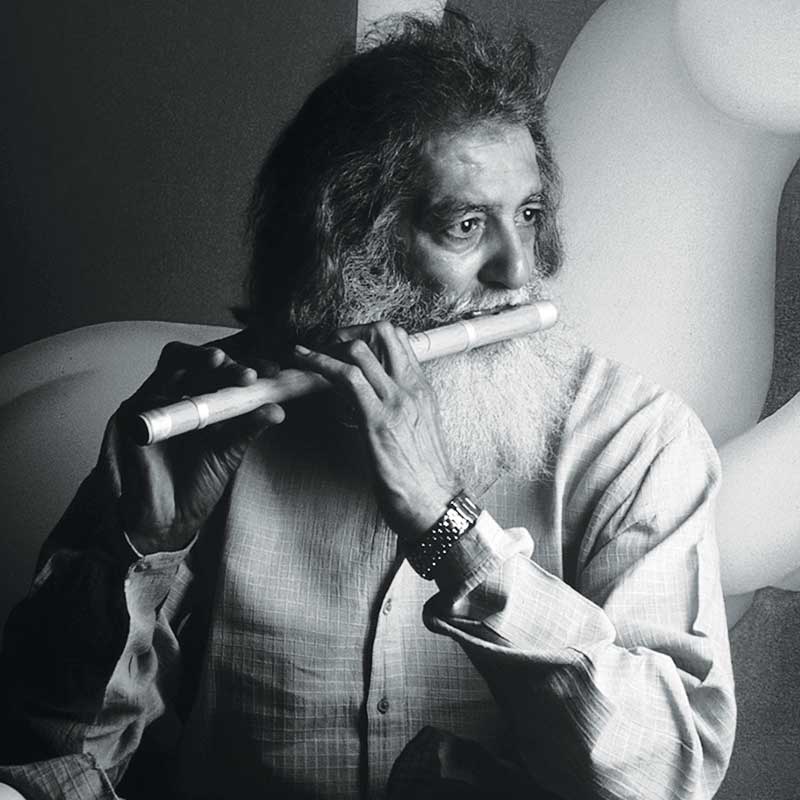 Manjit Bawa was born in Dhuri in Punjab in 1941 and studied at the College of Art Delhi after which he did his diploma in silk-screen printing from the London School of Printing, Essex. From 1967 to 1971 he worked in London as a silk-screen printer.

Bawa’s works reflect the influence of Pahari miniature paintings and Kalighat pats combined with his rigorous training in serigraphy. He was also inpired by Indian mythological stories like the Mahabharata and Ramayana as well as Sufi Poetry. His style is figurative incorporating modern remoulding of form of demigods, acrobats, animals against a flat incandescent monochrome colour background. Bawa brings out the essence of the icon for example Krishna is simplified by the flute and the colour of his body as the artist says, “to create a sense of pure aesthetics, so simple that even a child can respond to the image.”

His canvases are distinguishable by the bright colours he uses. He was one of the first painters to break out of the dominant grays and browns.

The interaction between man and animal is a recurring theme in Bawa’s works for example Durga and the lion. The artist underwent a series of inspirations in his artistic journey. He became interested in the theme of hunting in the 1970’s. Warriors and acrobats followed this to exciting compositions with gymnastic imagery. In the 1980’s, his compositions became more complex. His later works are a genuine bestiary combining creatures of contrary dispositions in the same frame for example the lion and the squirrel.

Manjit Bawa passed away in New Delhi in 2008. 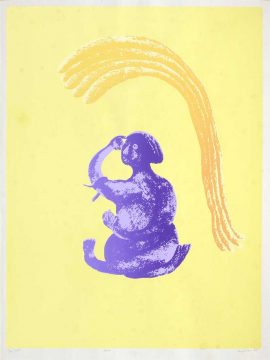 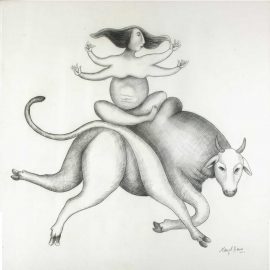