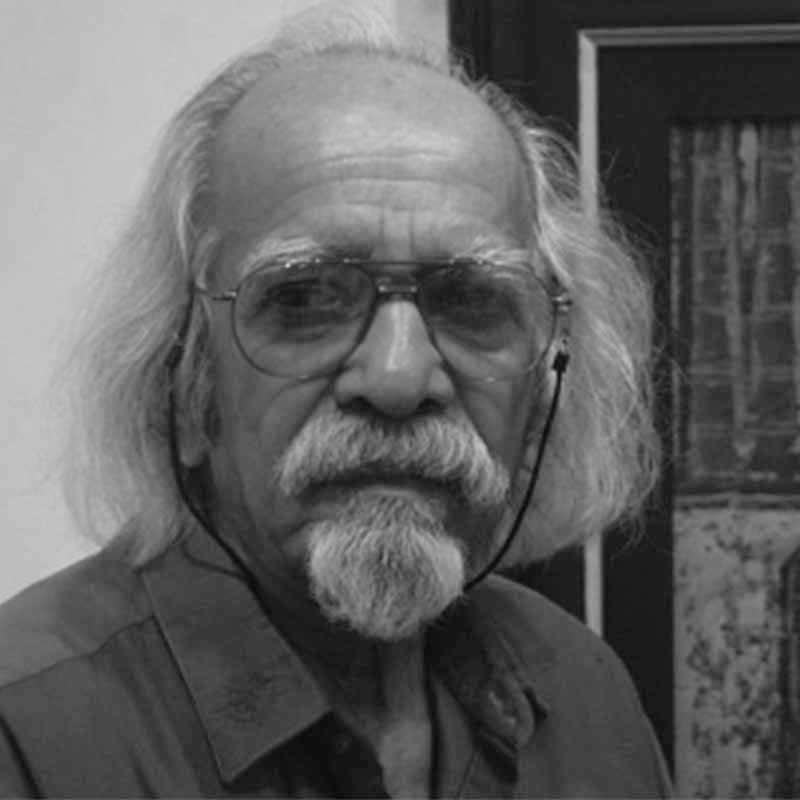 Laxman Pai was born in Margao, Goa in 1926. Growing up in the lush surroundings of Goa, the beauty of it’s landscape inspired him to pursue art, and was a recurrent theme seen in his works.

He studied at the Sir J.J. School of Art, Mumbai and for 10 years he even taught there. He was also the principal of the Goa College of Art. During the British rule in India, Pai was involved in the Goa liberation movement and imprisoned for his involvement in the Satyagraha movement during India’s freedom struggle.

His further studies in Paris shaped his artistic style. He was inspired by Paul Klee, Joan Miro and Mark Chagall, and his style incorporated elements like angular simplification, flatness of pictorial surface and the use of expressive, rhythmical lines.

Pai’s art is characterised by graphic impressions of mundane themes and his life experiences, free from any sort of morals or commentary. His work is based on chance encounters or experiences that have impacted his life. His canvases are densely populated with nature in every aspect, along with human figures who are part of the environment. His works illustrate a juxtaposition of the traditional and the modern. His earlier paintings were inspired by Egyptian sculptures, and Indian folk art. With time, the figures became more rounded with less geometry. By the sixties, his style had developed into semi abstract forms, with a structural use of line and painted in bold, vibrant colours. His paintings brought the spirit of the native into the modern Indian art realm.

Pai has won many awards such as the Nehru Award, Goa in 1995, Padma Shri in 1985 by the Government of India, National Award by the Lalit Kala Akademi in 1961 & 1963 amongst others. He lives and works in Margao, Goa. 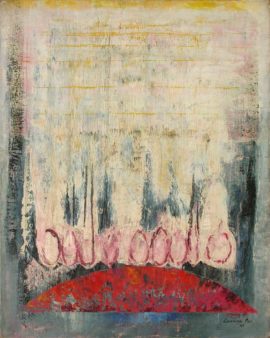