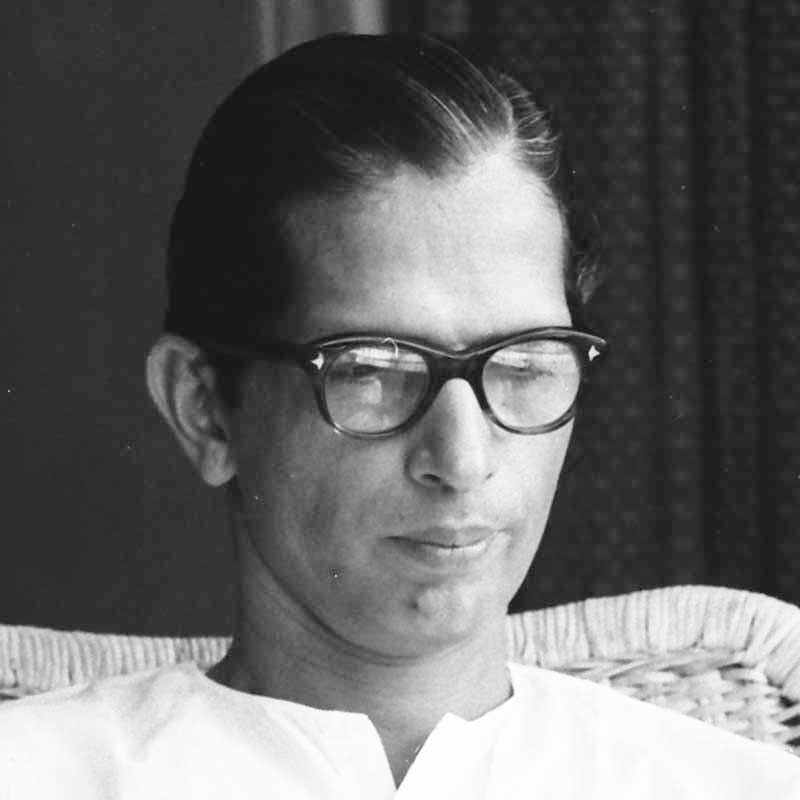 K.K. Hebbar was born in 1911 in Kattingeri, Udipi, Karnataka. Growing up, Hebbar saw his father, a Ganesh idol sculptor and was inclined towards art. Thus, after some initial training in Mysore, he joined Sir J.J. School of Art, Mumbai from 1940-45. Here he drew his fascination for impressionism. But his source of inspiration remained Indian classical art. In 1949, he studied at the Academie Julian in Paris, and was exposed to more Western art. Later he studied graphics at Ecole Estinne.

Despite being exposed Western sensibilities, Hebbar’s body of work remained rooted in the folk traditions of India. His early paintings of landscapes and figure compositions disciplined him and made him create his own unique style, rhythm and colour. To understand rhythm, he even learnt the dance form of Kathak.

Hebbar was inspired by the illustrations of Jain manuscripts, Mughal miniatures and Ajanta murals. He was also highly influenced by Paul Gauguin and Amrita Sher Gill. In his work, he harmoniously blended the traditional Indian forms with elements of Western art such as surrealism and abstract art. He had a strong social concern which made him focus on themes like poverty, hunger and the destruction wrought by war and the nuclear explosion. Simultaneously, he was inspired by music and dances like Kathak, and captured the grace of the dancers and performers in his paintings.

Hebbar served as the chairman of the Artists’ Centre, Mumbai from 1953-73. In 1976, Hebbar became a fellow of Lalit Kala Akademi. Hebbar was honoured with a number of awards through his career, including the Padma Shri in 1961, Padma Bhushan by the President of India in 1989, and the Maharashtra Shasan Gourav Puraskar in 1990. He passed away in 1996. 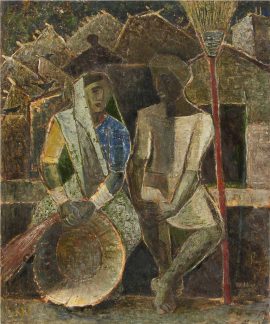 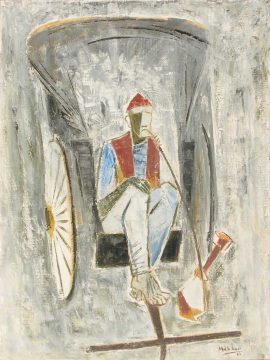 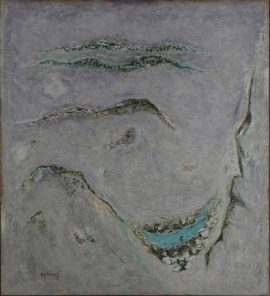 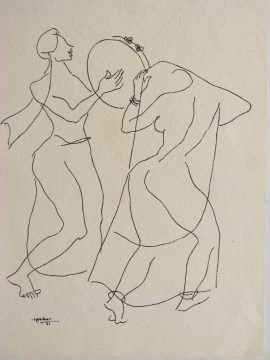 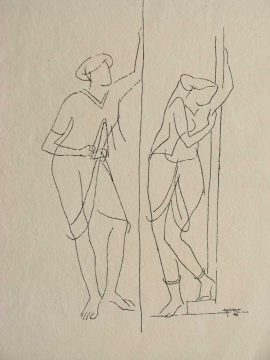 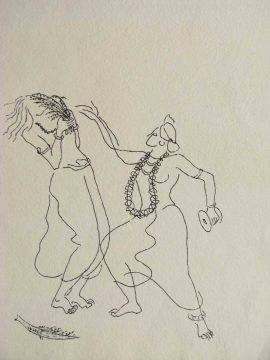 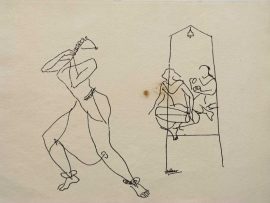