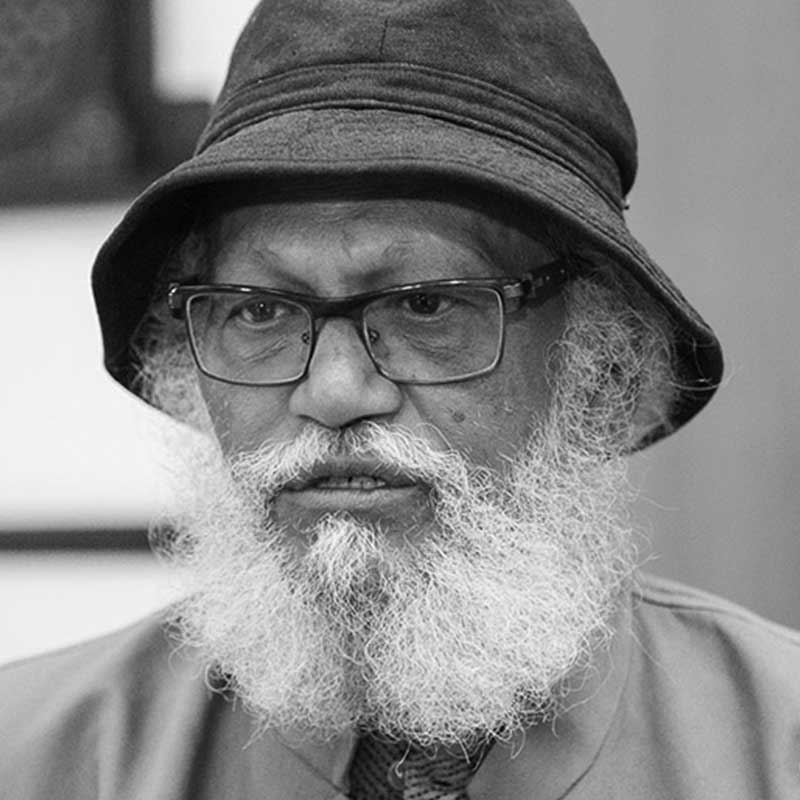 Jatin Das was born in 1941 in Mayurbhanj, Orissa. He studied painting at Sir J J School of Art in Mumbai from 1957-62 under Professor SB Palsikar. He is not only one of the most prolific figurative painters, but also a graphic artist, sculptor, muralist and a poet.

Working primarily in oil, watercolor, ink and conte, Das tirelessly explores dynamic human figures in terms of linear structure and breezy brushwork. He focuses on relationships and interactions between men and women in varying moments of crises, joy, pain, revelation, and emotional tension. There is a monumentality in his treatment of human forms, which is retained even when the forms are energized by way of rhythmic discontinuities of colour-planes and rushing lines. A sensitive colourist who refuses to treat his imagery in 3-D volumes, Jatin charges his palette with emotional nuances.

He also taught at several art instituitions such as Jamia Milia Islamia University, New Delhi; School of Planning and Architecture, New Delhi and College of Art, Women’s Polytechnic and the National School of Drama, New Delhi.

Das was also the Consultant to the Handicraft Board for seven states in India for the Festival of India in Russia in 1987-88, Folk Art Museum, Government of Orissa (1965- 89), Rural Indian Complex: Asia ’72, New Delhi, and was the Art Designer for the Handicraft Handloom Export Corporation of India in 1969. He was also a member of the General Council, Lalit Kala Akademi, New Delhi, State Lalit Kala Akademi, Orissa, the Urban Arts Commission, New Delhi, HUDCO, Philatelic Advisory Committee, Postal Department, New Delhi, INTACH, India International Center, New Delhi, North-Central Zonal Cultural Center, and also a member of the Board of Governors, Delhi University. He was on the jury for the National Film Festival.

In his career, spanning 50 years, Das has held various international and national exhibitions. In 1991, the Lalit Kala Akademi held a retrospective of his works. Most notably, he has done several murals and sculpture installations, including a large mural at the Parliament House entitled “Mohenjo Daro to Mahatma Gandhi”, commissioned by the Parliament of India on the occasion of 50 years of India’s Independence.

Das is the founder-member of ‘The Poetry Society’, New Delhi, co-editor of Blunt: Poetry Magazine, Bombay. His Poems by Jatin Das was published by Writers’ Workshop, Calcutta, in 1972. 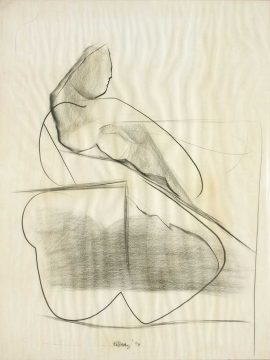 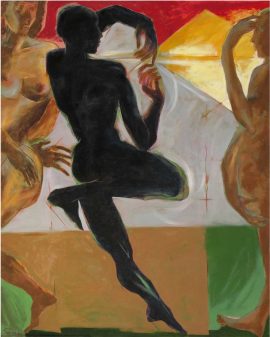