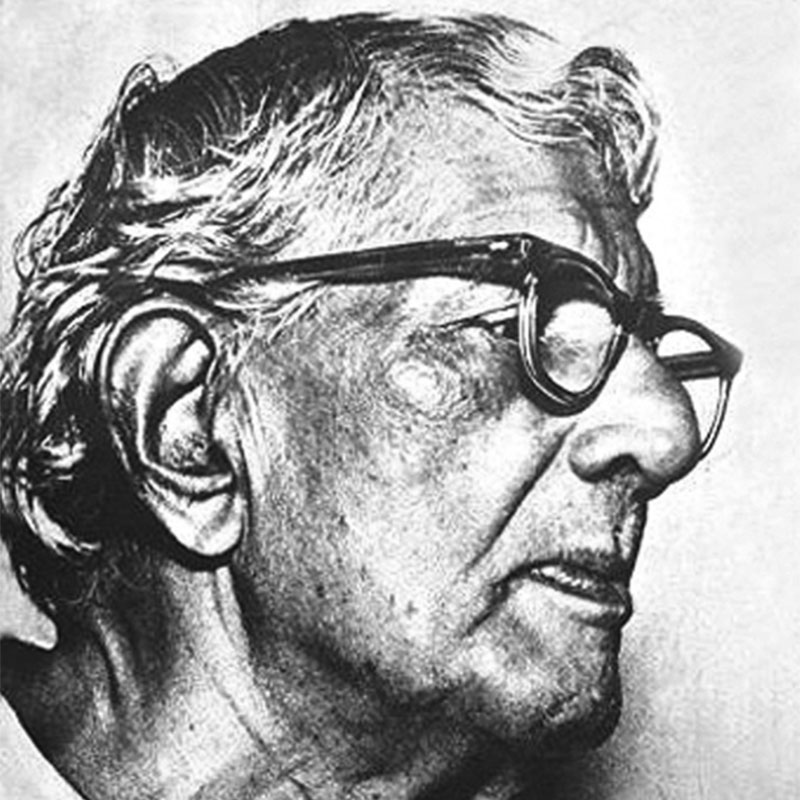 Jamini Roy was born in a small village in Beliatore, West Bengal in 1887. He started studying at the Government College of Arts and Crafts, Kolkata in 1903. He began his career painting landscapes and portraits in a post-impressionist style, due to his training in European academic-realist painting. By 1925, Roy had begun moving away from his academic works  and started experimenting with various styles. One of his experiments was painting on woven mats to achieve a mosaic like effect inspired by the textures he found in Byzantine art.

He started painting volumetric forms along the lines of popular bazaar paintings sold outside the Kalighat temple in Kolkata. By the early 1930s, Roy made a complete switch to indigenous materials to paint on woven mats, cloth and wood coated with lime. His lines and restrained and precise.

The Santhals, a tribal people who live in the rural districts of Bengal, were an important subject for Roy. He captured the qualities that are a part of native folk painting and recombined them with those of his own. He fused the minimal brush strokes of the Kalighat style with elements of tribal art from Bengal. His interest in folk art carried deeper implications than just stylistic possibilities.

Roy’s rejection of the then modern style of painting and his foray into the realm of Bengali folk paintings marked a new beginning in the history of Indian modern art. He often painted the mother and child, Radha and the figure of Christ. These subjects were painted in simple two-dimensional forms, with flat colour application and an emphasis on the lines. The main subjects were often enclosed within decorative borders with motifs in the background.

Roy held several exhibitions, and his works are found in various collections all over the world. In 1976, his works were declared national treasures by the Archaeological Survey of India, Ministry of Culture, Govt. of India . He was honoured with the Viceroy’s Gold Medal in 1935 and the Padma Bhushan in 1954. He died in 1972 in Kolkata. He passed away in 1972. 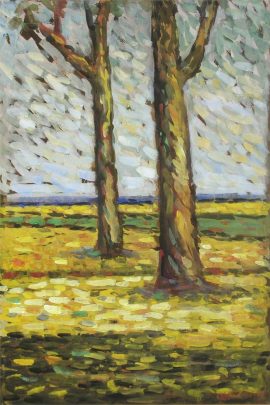 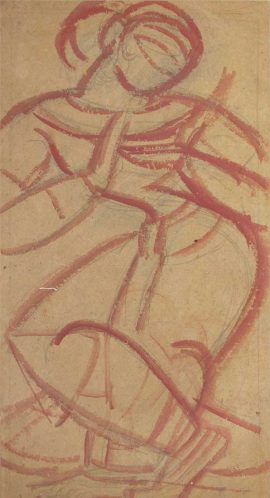 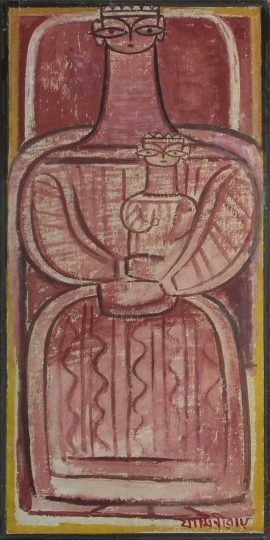 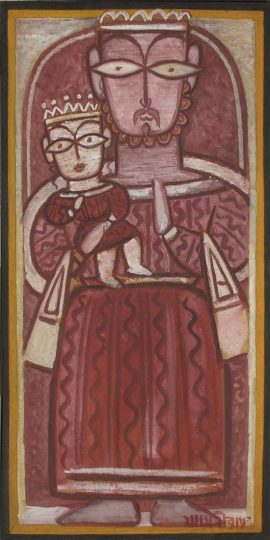 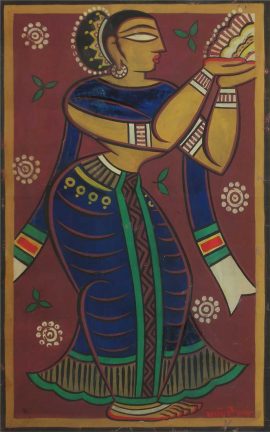