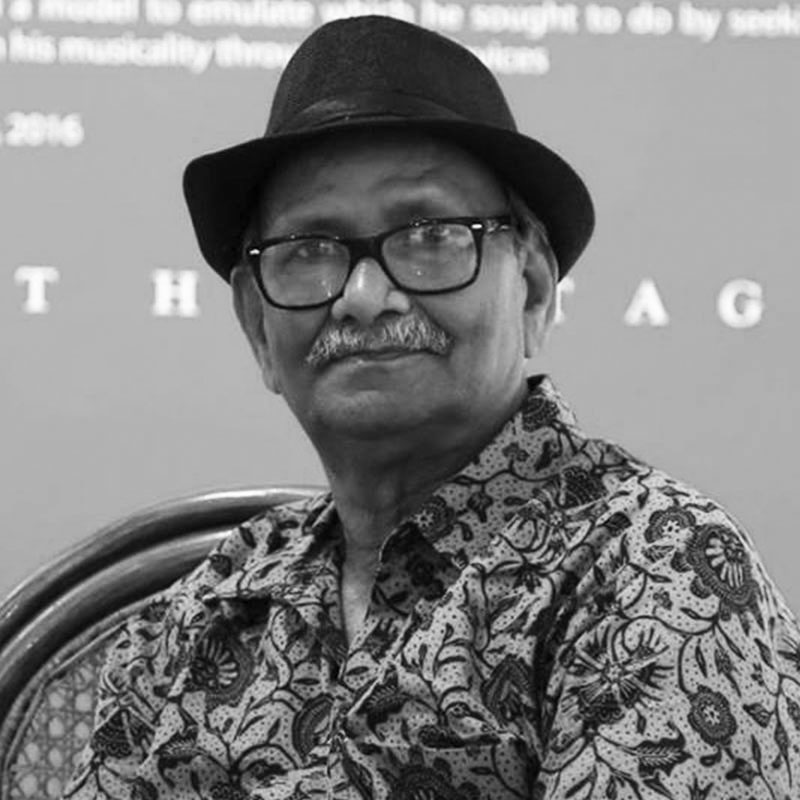 Jai Zharotia was born in 1945 in New Delhi. He graduated with a Diploma in Fine Arts from the Delhi College of Art. He was not only a painter, but also a printmaker and sculptor. He also has a special interest in poetry, and writes in Hindi. He is also deeply committed and involved in children’s educational projects with Bal Bhawan.

Zharotia’s vision is not to paint only what can be explained and understood, but also to delve into the mysterious world-beyond the logical. A sense of duality pervades his works between the visible & the invisible, the apparent & the elusive, the conscious & the unconscious. This role of coincidence & fate in his life inspires Zharotia to take into account the world beyond the conscious. Thus the duality between the experienced and the imagined becomes the crux of his conceptualisation.

Zharotia’s ability to withdraw from metaphysical reality and plunge beyond the physical determinants, is seen in the technique he employs as well. In his works, a series of icons that are drawn from the physical world, which, when interpreted by him, change almost magically represent a world that exists only in the furthest reaches of his imagination. His paper works are mostly done in mixed media, using tempera and pencils with watercolours. His paintings also have almost surreal two-colour backgrounds, and even the play of light and shadow he uses in them is not confined by any physical laws, just like the subject of his works.

Zharotia has won multiple awards including Priyadarshini Award, for outstanding Services, Achievements and Contribution in 2004, Senior Fellow in The field of Visual Arts, Ministry of HRD Govt. of India in 1998, A life-time contribution to  Fine Arts award in 1995, National Award, Lalit Kala Akademi, New Delhi in 1992, Award for Silk Screen Printing, Sahitya Kala Parishad in 1979 amongst others. 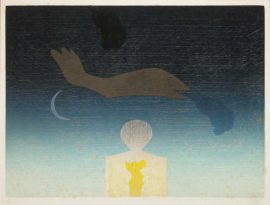