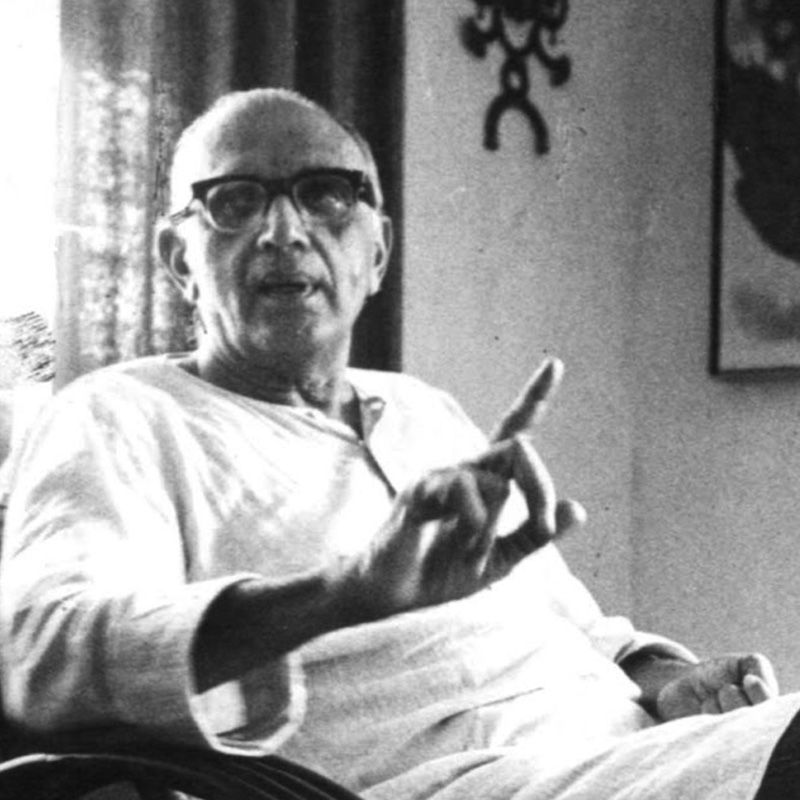 J. Sultan Ali was born in Mumbai in 1920. He rebelled against his family and moved to Chennai to study painting at the Government College of Art in 1945. He then further studied textile design at the Madras Government Textile Institute and also pursued a photography course in London.

Ali joined the Progressive Painter’s Association in Madras in 1954. He taught for a year in the Fine Art department at the Government College of Art in Madras and then went on to teach at the Rishi Valley School in Madanapalli for six years.

Ali was inspired by the works of Verrier Elwin on cultures that used symbols differently from the norms of classical art. The Bastar community made a deep impact on him and he started searching for his own style. Subsequently, he discovered tribal art and was struck by its freshness and directness. His determination to become more ‘Indian’ arose from a conviction that European art was too formal. He drew inspiration from Hindu mythology, studying deities in the complexity of popular worship, narratives, iconography and folk art. So he turned to the ancient art of folk painting in India for his inspiration.

A blend of the real and the fantastic, his canvases partake of the fabulous and the mythical with the presence of symbols associated with folk art. Gods, kings, animals and birds jostle for space in his paintings. The figures are brightly coloured against a more sombre background. Some characteristics of his subjects are elongated eyes, exaggerated bodies and expressions with almost puppet-like bodies. 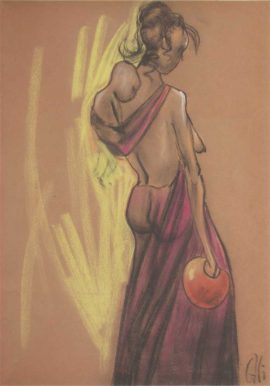 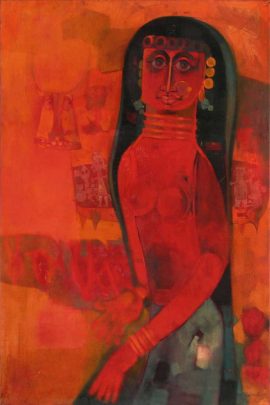 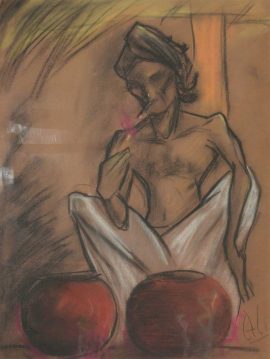