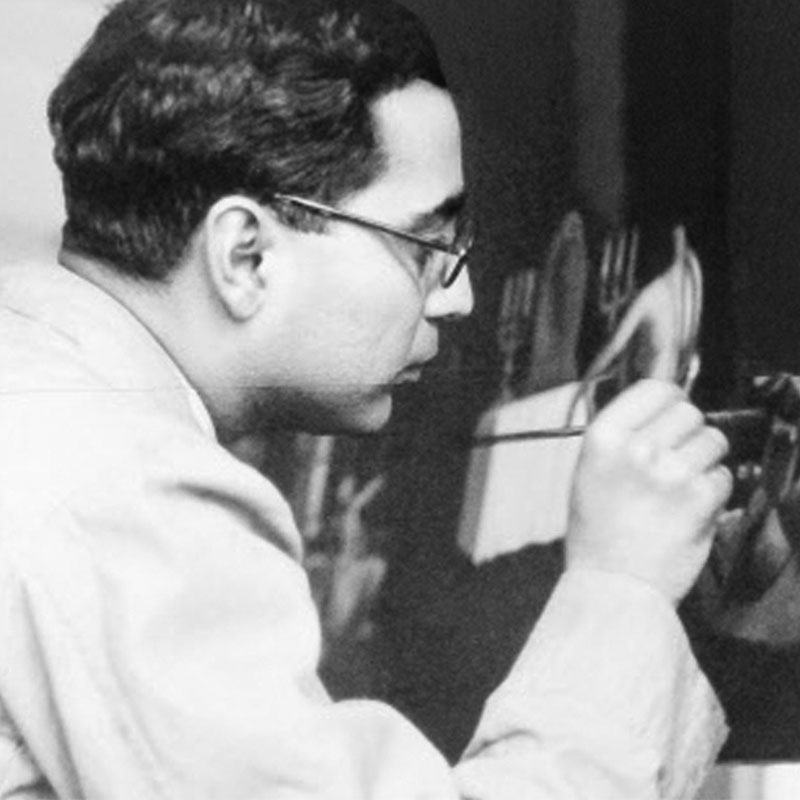 Homi J. Bhabha was born in 1909. His love for aesthetics began early, in an environment pervaded by music and culture. His family’s impressive library collection of books on art and music, as well as their large collection of gramophone records of Western classical music influenced him greatly.

Bhabha ­­showed an early inclination for painting and drawing, and took lessons from Jehangir Lalkaka, a celebrated Parsee artist. As a young boy, he won several prizes at the Annual Exhibitions of the Bombay Art Society.

He attended Elphinstone College and the Royal Institute of Science in Bombay and then joined Caius College of Cambridge University to to obtain a degree in mechanical engineering in 1927.

It was while he was at Cambridge that he put his artistic skills to use. He designed the stage décor for Calderon’s play “Life is a Dream” for Handel’s “Sussanah” and for Mozart’s opera “Idomeno”.

Professionally, he was a trained engineer turned physicist of international stature, but equally, a serious painter, a lover of music and literature and a great patron of the arts.

He was an Indian nuclear physicist, founding director, and professor of physics at the Tata Institute of Fundamental Research (TIFR). Colloquially known as “father of the Indian nuclear programme”, Bhabha was also the founding director of the Atomic Energy Establishment, Trombay (AEET) which is now named the Bhabha Atomic Research Centre in his honour. TIFR and AEET were the cornerstone of Indian development of nuclear weapons which Bhabha also supervised as director.

TIFR is also home to a priceless collection of art, making it unique among scientific institutions anywhere in the world. This collection spans several decades of the second half of the twentieth century. ­­

He was awarded Padma Bhushan by Government of India in 1954. He later served as the member of the Indian Cabinet’s Scientific Advisory Committee and provided the pivotal role to Vikram Sarabhai to set up the Indian National Committee for Space Research.

In 1966, Bhabha died in a plane crash near Mont Blanc, while heading to Vienna, Austria to attend a meeting of the International Atomic Energy Agency’s Scientific Advisory Committee. 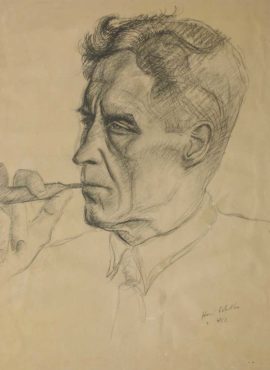 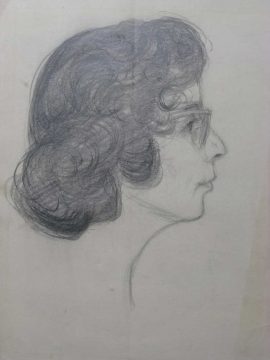