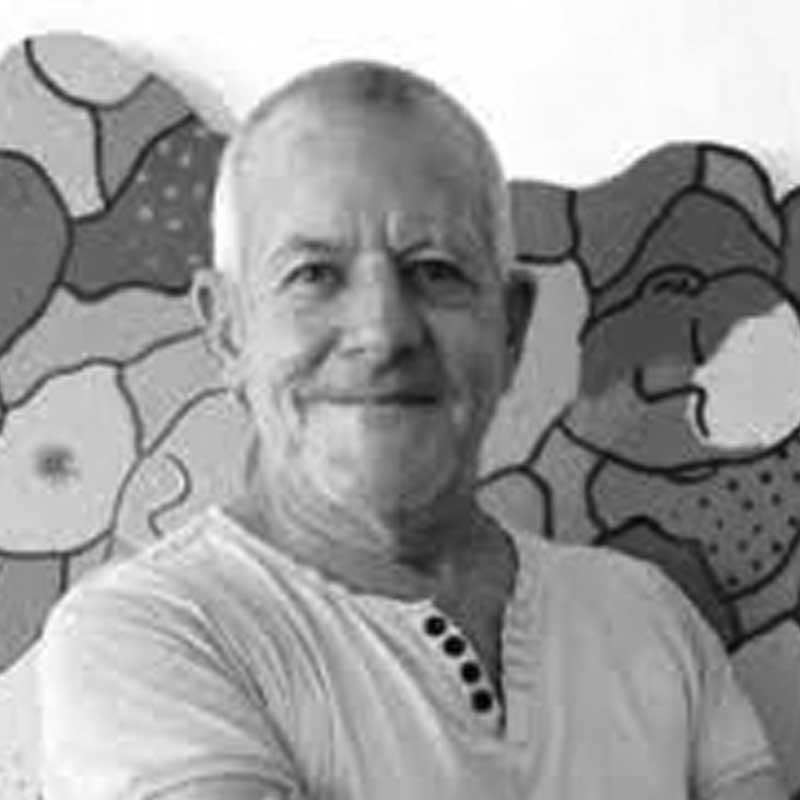 Henry Koombes was born in 1948 in Mauritius. He is a self taught artist, who spent many years in South Africa, but returned to Mauritius in 1983. He opened a contemporary art gallery in 1990 in Grand Bay which exhibited Mauritian artists. He has had several exhibitions in Mauritius, La Reunion, South Africa, London and Tokyo.

Koombes is the creator of ‘Tikoulou’, a character whose adventures delight Mauritian kids. Since 1998, he has illustrated a series of children’s books like ‘The Adventures of Tikoulou’. He is inspired by his own childhood, and passes it on to his characters like Tikoulou. His desire was to enable children to develop a connection to their own culture and values while encouraging them to read.The figures in his illustrations are well-structured, fresh and emit happiness and joy.  His clearly defined contours are reminiscent of ‘The clear line’ technique by Herge. His luminous colours give his illustrations a strong visual identity. He plays with transparency of sumptuous handmade papers and other materials like wood and metal. He shapes his works to bring out his colourful dreams. In 2014, the book was adapted into a musical in Mauritius.

Koombes lives and works in Mauritius. 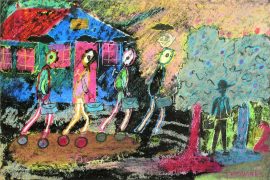