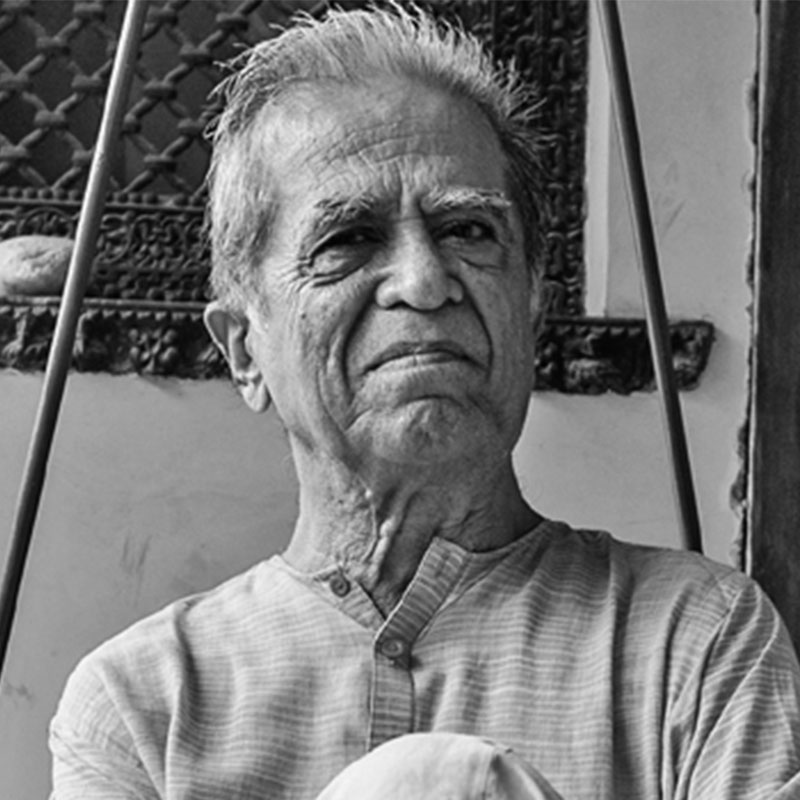 Haku Shah was born in Surat, Gujarat in 1934. He graduated in Fine Arts from the M.S. University in Baroda in 1955. In 1959, he continued to study there and completed his Masters in Fine Arts. He was multifaceted; he was an artist, scholar, teacher and anthropologist. He has been regarded as an authority of the folk and tribal art in India.

From the 1960s, Haku Shah had been on a constant quest of how to practice as an artist on the one hand and how to engage with the conservation and preservation of the arts and crafts of unknown or lesser-known pockets of India, especially Gujarat. Cultural roots of the family and the prevailing social, spiritual environment around were sources of major influences on Shah’s life and art.

He was a figurative painter of the Baroda School and his paintings reflect the apparent simplicities of rural life. They are often painted against the backdrop of a landscape with a mythological feel. While teaching at the Gandhi Ashram in Gujarat, he came in contact with the Rani Paraj tribe. He recognized the magical quality of the Rani Paraj images and collected many of them. Later, a stint at the National Institute of Design, Ahmedabad, provided impetus to his mission of discovering tribal rituals, culture and their way of life. He was awarded the Nehru Fellowship, which further enabled him to devote himself to this task.

He was also invited by Stella Kramrisch to assist her in presenting the exhibition ‘Ritual Art in Tribe and Village – Art of Unknown India’ in the United States. The exhibition acted as a window for people to peep into the fascinating world of traditional Indian art and craft. Shah later set up a Folk Art Museum in Ahmedabad, and has also conceived and designed a multi art and crafts complex at Udaipur called Shilpgram.

Shah has published several books on traditional Indian pottery. He was the curator of the Museum for Tribal Cultures at the Gujarat Vidhyapeth (University), and a consultant of the National Institute of Design in Ahmedabad. He has won several awards such as Gagan Avani Purashkar and the Padma Shri in 1989. Apart from the Nehru Fellowship, he was also awarded the Rockefeller Grant. 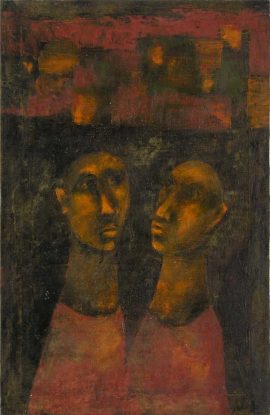