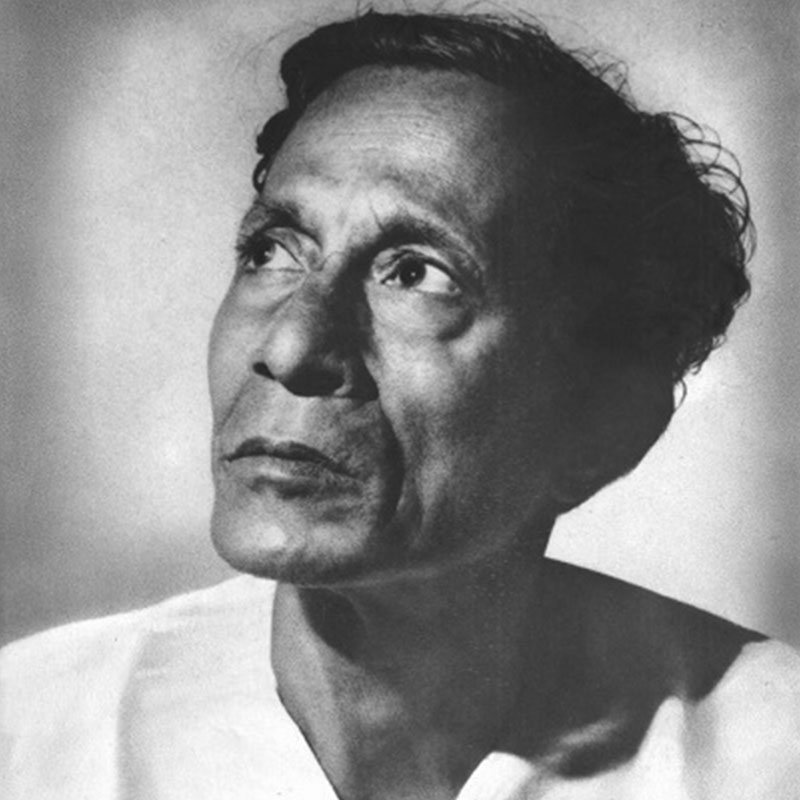 Gopal Ghose was born in Kolkata in 1913. He was called an ‘India wanderer’ as he spent some of his childhood away from Kolkata. His art training began at the Maharaja School of Arts and Crafts, Jaipur where he obtained a diploma in 1935. He formally trained in sculpture, from Government College of Art, Madras. He trained in the style of art known as the Neo-Bengal School, under  D.P. Roy Chowdhury, Nandalal Bose and Shailendranath Dey.

In 1943, on his return to Kolkata, Ghose was one of the founders of the first group of modern painters known as the Calcutta Group. They held exhibitions from 1945 and did a group show along with the Progressive Artists’ Group in Bombay in 1950. His works from 1940-47, were like a visual catalogues of atrocities, revealing the story of pain and despair of man-made miseries and cruelties, and he had his first solo show in 1952 in Kolkata.

Proficient with several mediums, Ghose was adept not only with watercolour, but also with tempera, pen and ink and pastels. His technique of swift sweeping brushwork in his landscapes was especially admired especially by India’s first Prime Minister Jawaharlal Nehru. He reworked the genre of landscape using expressionistic qualities. His sense of experimentation, together with his skill in drawing and colouring produced some masterpieces. The Indian landscape fascinated him and he covered the many aspects of nature in his works.

Ghose taught at the Indian Society of Oriental Art, in Kolkata from 1940-45 and then joined the faculty of the Bengal Engineering College, Shibpur, where he taught architectural drawing. He was also the joint secretary of the Academy of Fine Arts in Kolkata.

Ghose died in 1980, and some of his works are part of some of the prestigious collections in the country. 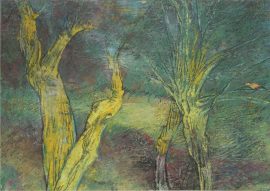 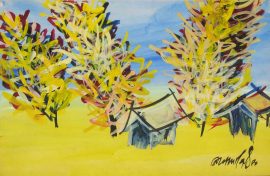