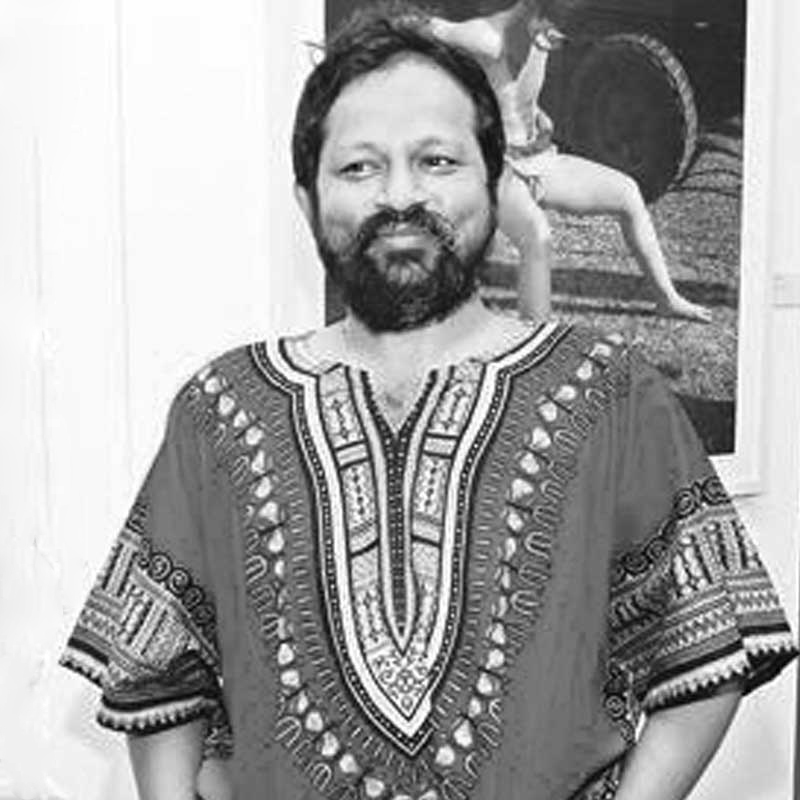 Golak Khandual was born in 1959 in Orissa. He graduated with a Bachelor’s Degree in Architecture from School of Planning and Architecture, New Delhi in 1983 and then worked as a freelance architect. In 1986, he trained and worked as a makeup assistant to Wendy Freeman on a television serial called ‘The Banyan Tree’ and ‘In Which Annie Gives It Those Ones’ by Pradip Krishen and Arundhati Roy in 1988. He also designed the sets and landscape for the feature film ‘Electric Moon’ in 1989-90. In 1992, he traveled to Bhutan to study traditional architecture and made a series of paintings of Dzongs and Chhortens for the SAARC Complex for the Royal Government of Bhutan.

He has held several painting exhibitions throughout his career. Most of his works show different facets of society including human life celebrating womanhood and freedom. His figures are mostly inspired by real life characters from the real world in some strange subliminal way. Some of these images are derived from doodles in his diary, often in the dark, between dawn and daylight, which “arouses his inner conscience.” One of his most well known series is his paintings based on Kathakali dancers. He says the inspiration began when he was working as a makeup artist for dancers, where he began to notice their beautiful postures, and then feel the need to paint and sketch them out.

The architect-artist feels that his work is more physical than cerebral and so he draws with broken crayons sometimes using his left hand and sometimes using his feet too, always experimenting with materials and methods of drawing. Mostly, he uses ink, watercolours and conte on paper.

Most of his artworks reflect societal realities – be it the condition of women, freedom or encroachment of land and urbanisation of cities or even the endangering of birds and other species.

Amongst his architectural ventures are: an extension of Corpus Christi School, Kottayam, Kerala originally designed by Laurie Baker in 1987; the Natural History Museum for Satpura National park; a conservation plan for Pachmarhi with the Government of Madhya Pradesh and Baba Amte’s Anandwan, Warora, developing prototype houses to be built by users who were cured leprosy patients. He also worked on safety measures in the school building for children at AADI, New Delhi; designed the buildings for Timbaktu Collective in Andhra Pradesh and a botanic laboratory for Centre for Science for Villages, Wardha from 2000-2002. He lived and worked in Himachal Pradesh designing buildings in Mashobra and Sidhbari from 2002-2004. 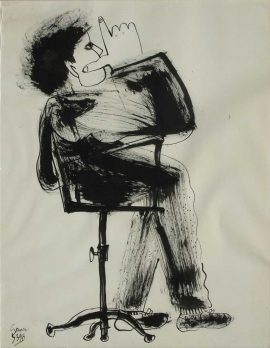 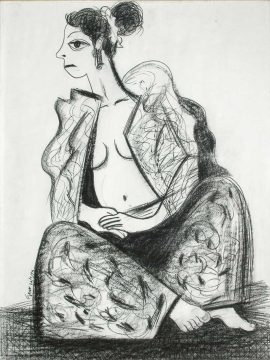 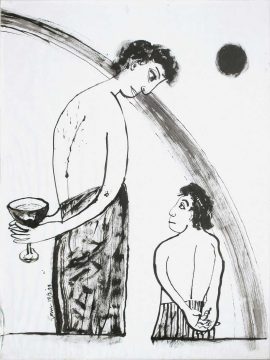 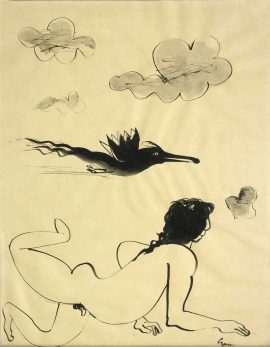 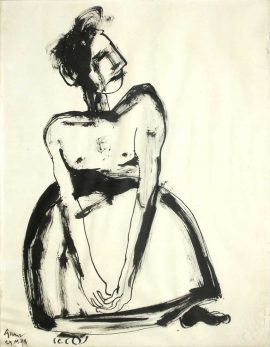 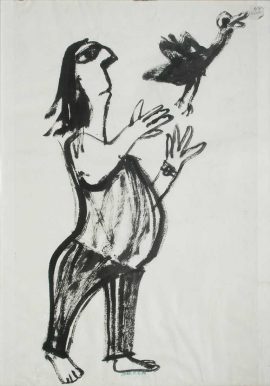 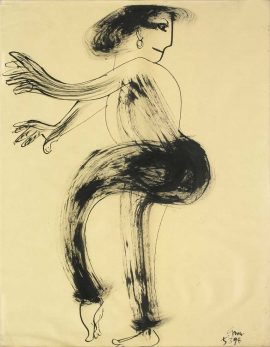 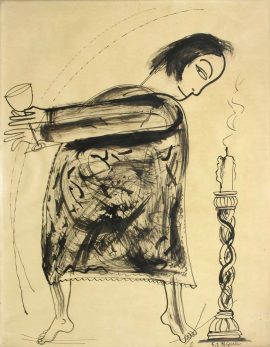