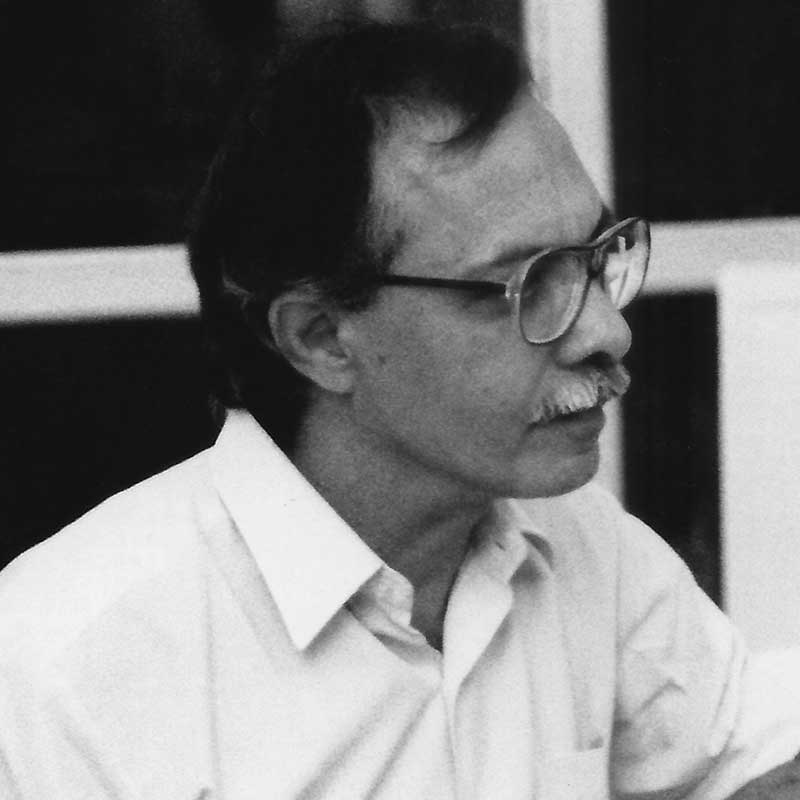 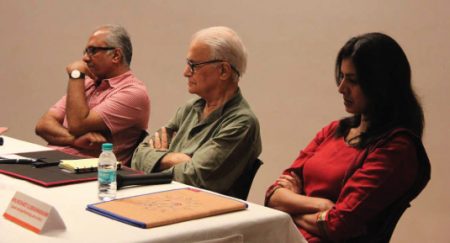 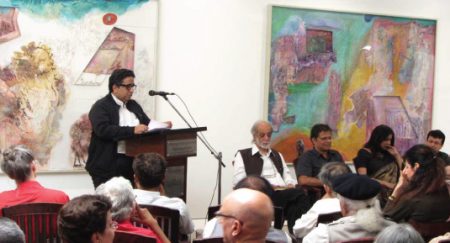 An Evening of Poetry & the Visual Arts

An evening of poetry invited us to consider the relationships that have evolved among the various arts, and how each art has enriched the other. Specifically, the readings focused on the history of dialogue between the spoken word and the painted… 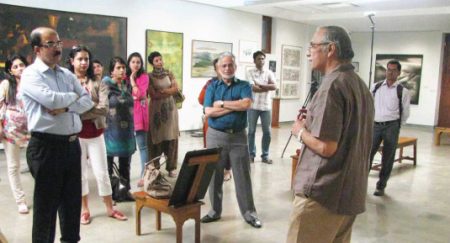 Gieve Patel is a man of many shades - a practicing general physician, a self-taught artist, a poet and a playwright - all at the same time. He walked the audience through the gallery and discussed his painting ‘Statesmen on…