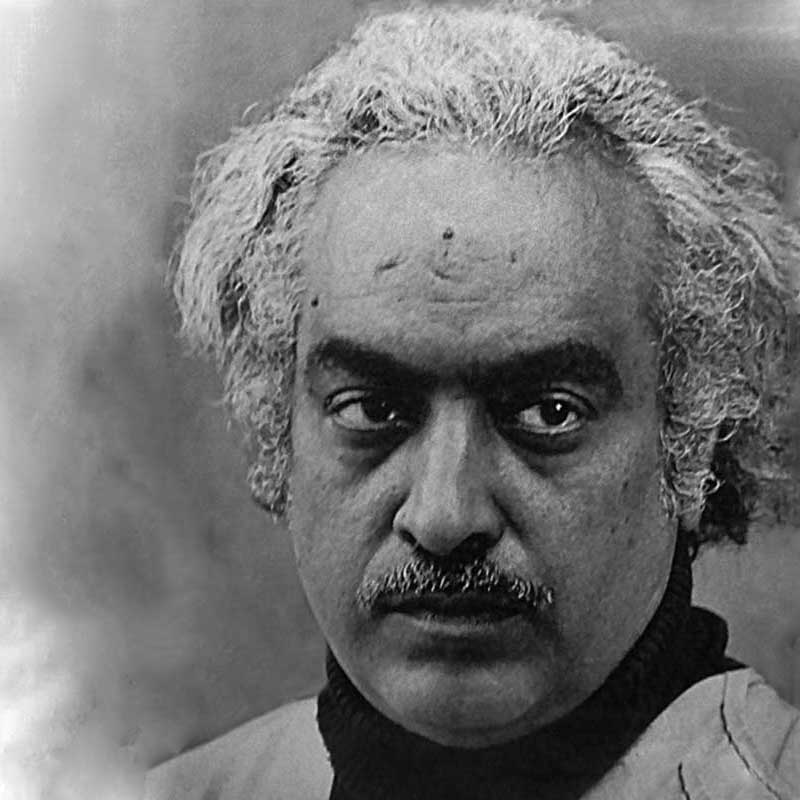 G. R. Santosh was born in Srinagar, Kashmir in 1929. He was a self-taught artist and took up several odd jobs due to the death of his father and started to work as a sign board painter, silk weaver and white washing walls to support himself. Slowly, he began concentrating on commercial art and became a skilful papier-mache artist. In 1950, Santosh joined the Progressive Arts Association in Kashmir, formed as a result of painter S. H. Raza’s efforts to mobilize Kashmiri painters.

At the start of his career, Santosh painted realistic watercolour landscapes, inspired by his hometown. In 1954, he won the government scholarship to study Fine Arts under painter N. S. Bendre at the MS University, Baroda. While he was there, he produced a massive body of work including landscapes and figurative works. But soon there was a shift from a realistic to cubist style. He was greatly influenced by geometric shapes and the mysticism of the Kashmir valley. His treatment of snow-clad houses and the backwaters on the banks of river Jhelum reveals his finely tuned sense of visual perception and is an example of splendid semi-abstract treatment.

In the mid 60s, when the Bengal School, which dominated art scene then, wanted to combine the contemporary with traditional Indian art, Santosh stuck to his own individual style and preferred to follow the thought behind the composition. In Kashmir, he found inspiration in the Hindu and Buddhist tantric cults that co- existed along with sufi mysticism which had a deep impact on his works. His visit to Amarnath caves in 1964 made him stop painting to study Tantra.

Later, inspired by the Tantra philosophy, he based his works on the concept of Purusha – Prakriti cosmic creation. He created pure forms that combined the male and female form, and fused the sexual and spiritual. The artists’ contribution built up the neo-tantric school in the art world.He was also an acclaimed Kashmiri writer and poet, and he built his visual and verbal vocabulary around the Tantric philosophy.

Santosh held over 30 one man shows. He received the Lalit Kala Akademi award in 1973 and the Padma Shri in 1977 amongst many other awards. He died in 1997 in New Delhi. 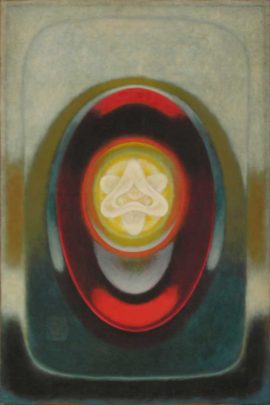 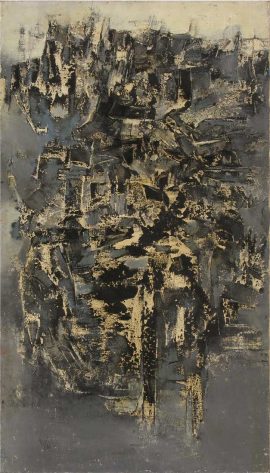 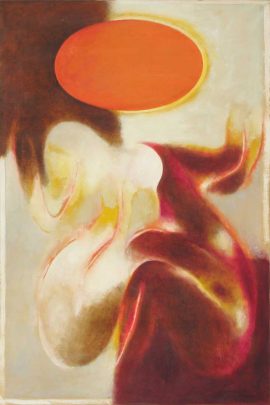 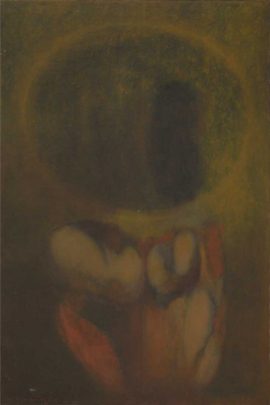