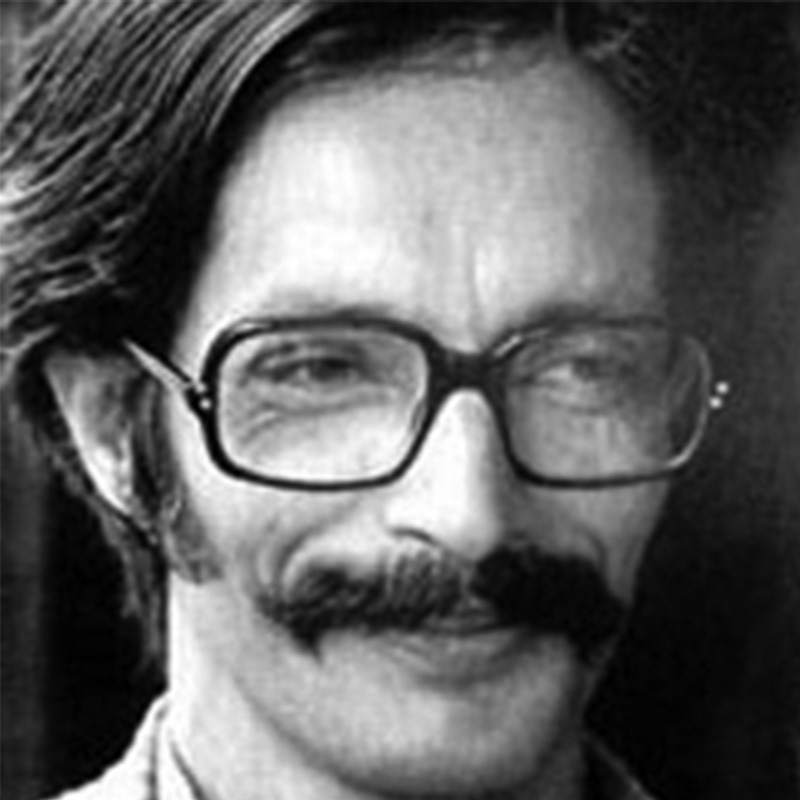 Dharamanarayan Dasgupta was born in 1939 in Tripura, West Bengal. He trained in Fine Arts and received his diploma from Kala Bhavan, Santiniketan in 1961. He dabbled in many art styles inspired by traditional Indian art and 19th century Western art, searching for a form that would adequately express his sentiments.

“For a long time, I have been looking out for a form that would take care of the history of visual experiences of people, be evocative of historical experiences and, at the same time, help me carry on with my social criticism.”

By the late seventies, Dasgupta had evolved his style where he used a special egg tempera on canvas using a mouth spray for a finished effect. By the eighties, his works were described as a ‘kind of satire, fantasy and humour mixed with folk art’.

Dasgupta’s painterly voyage was marked by an intimate understanding of human relationships and emotions that go along with it like joy, ecstasy, pain, agony, humour and wisdom. His paintings also contained remnants of the ‘babu’ culture, a legacy from British India. Indian motifs like a voluptous woman in a sari, man in a dhoti kurta are cleverly juxtaposed with bizzare images in his works. Flora, fauna and even objects like pots, vases and vintage cars crowd his canvases. These figures and objects float in a mental space where the gravitational pull is at the artist’s mercy. They float, glide and are found in various acrobatic positions.

He explains, “If some of the figures in my paintings are seen suspended in the air and others, upside down, it is so because I am trying to present the predicament of a middle-class man, who does not have a secure foot-hold in our society, who has to make compromises, face disappointments and whose dreams and aspirations are invariably turned down.” Dasgupta’s canvases mirror society’s disparities and the injustices and the cruelties that exist within it.

Dasgupta was awarded by the Birla Academy of Art and Culture, Calcutta. He lived and worked in Kolkata till he passed away in 1997. 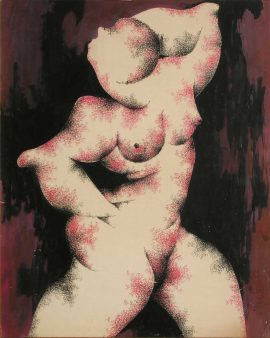 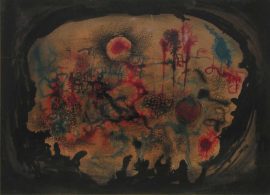 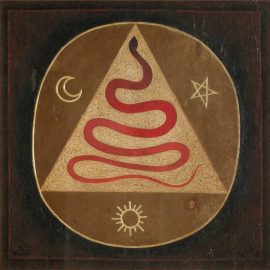 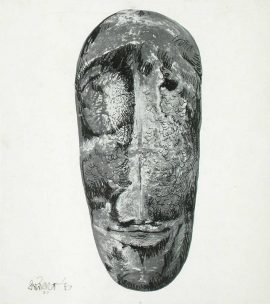 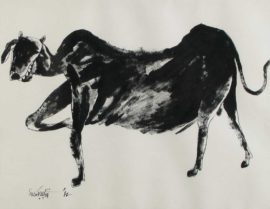 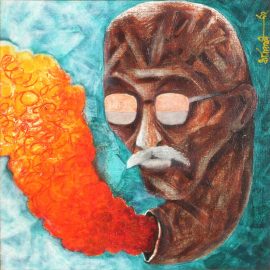 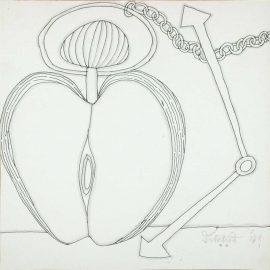 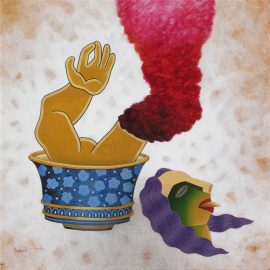