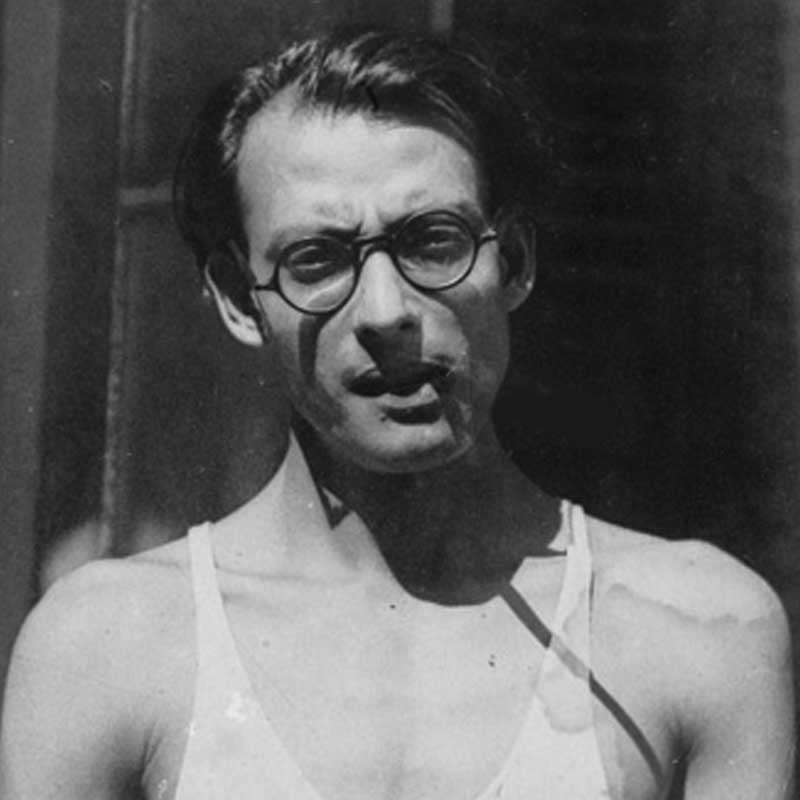 Chittaprosad Bhattacharya was born in 1915 in Naihati, Bengal and emerged as a self taught artist and illustrator. His education was in Chittagong which was the main centre for revolutionaries against the British rule. He was an active member of the Communist Party of India and refused admission to the Government College of Art and Crafts, Calcutta when he was asked not to participate in political activities. In 1946 he shifted to Bombay to work for the Left Press.

His works were powerful, emotive documentaries in the form of illustrations. His works reflect his reformist concerns. They are a depiction of the images that were his preoccupation – poor peasants and laborers. His hard-hitting caricatures and sketches of the poor dying in the Bengal famine (1943) worked like modern day reportage, and shook the middle class and the British officials out of their apathy. In 1943 he witnessed the Bengal famine first-hand which became a main recurring theme in his works besides other socio-political areas of concern including the strife for independence and the farmer’s revolution.These sketches were published in Hungry Bengal -an eyewitness’s report; copies of which were destroyed by the British.

In 1979 Chittaprosad met with Czech puppeteer Frantisek Ing Salaba who lived in Bombay briefly because of whose association a documentary about the artist was made by Pavel Hoble titled Confession that went onto winning a special prize by the World Peace Council. Chittaprosad Bhattacharya passed away in Calcutta in 1978. 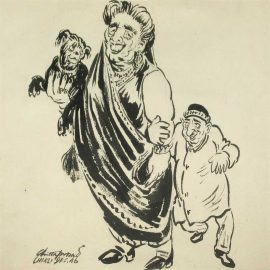 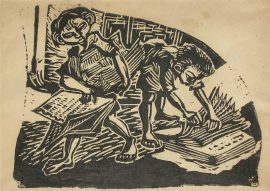 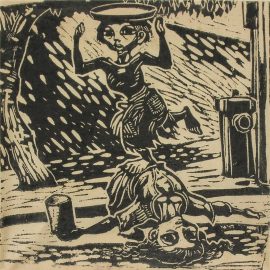