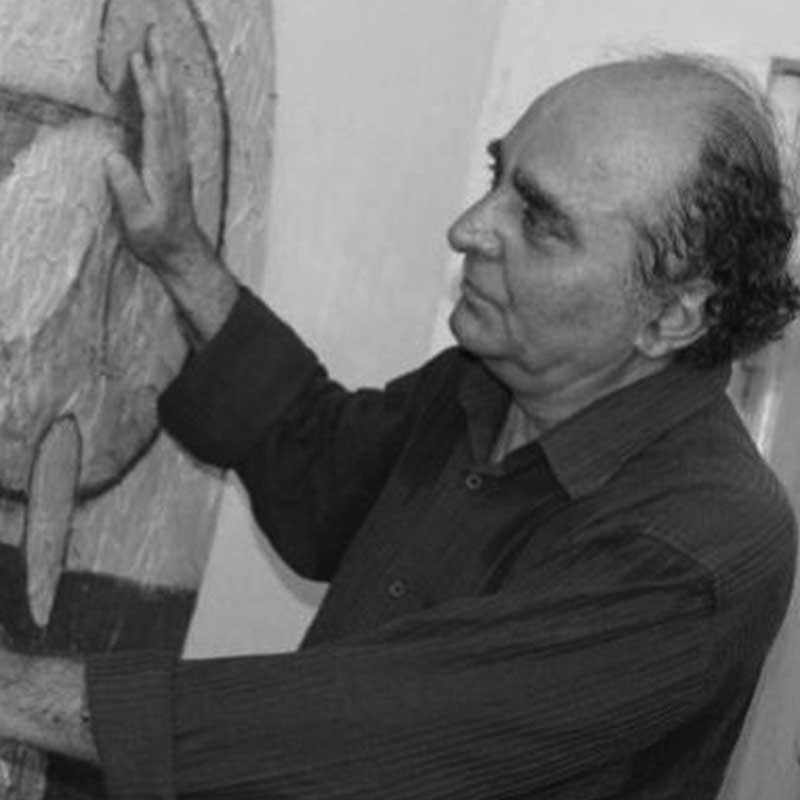 C. Douglas was born in Kerala in 1951. He travelled to Madras and enrolled himself at the Government College of Arts and Crafts in 1970. His works from the mid 70’s with the foetus motif show an influence of K. Ramanujam’s line and K.C.S. Paniker’s moods. Before obtaining his diploma in painting in 1976 he settled with the Cholamandal artists’ style like that of Vishwanathan. From 1981 to 1988 he lived in West Germany where his paintings gradually became softer and less structured imbibing stains, scribbles, tears and dirty tones. Later he drew enigmatic and tangled layers of bodily emotions. He got acquainted with expressionists like Clemente and Anselm Kiefer that stimulated him after his return from the Cholamandal group. Using mud, charcoal and watercolours on crinkled fryer paper, he arrived at a universalized subliminal figure. Angular human figures, often with masks or only a foetus in an unclear, permeable space which in a tactile as well as symbolic and lyrical way blends signs and evocations of a civilization. His works reflect his personal narratives and contrasting themes coexist in suspended fluidity and simultaneity.

Douglas has had several solo exhibitions to his credit including ‘Missed Call’, Akar Prakar, Kolkata in 2008, Asvita Arts, Chennai in 2008, Sakshi Gallery, Bangalore, Mumbai, Alliance Francaise, Chennai in 1996 and many more.

He has received several awards and grants including the Charles Wallace Grant in 1994 to study ceramics in the Netherlands, the UNESCO Grant. In 1992, he received Lalit Kala Akademi National Award, Lalit, New Delhi. From 1991-93 and 1994-96 he received a Cultural Fellowship from Government of India, New Delhi. In 1990 he won the Bharat Bhavan award in Bhopal and the Lalit Kala Akademi Chennai award. He lives and works in Chennai. 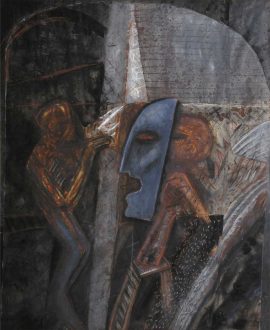 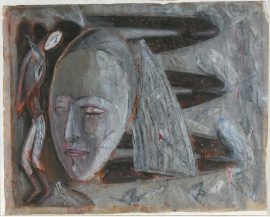 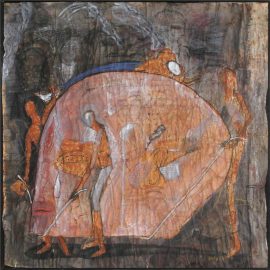