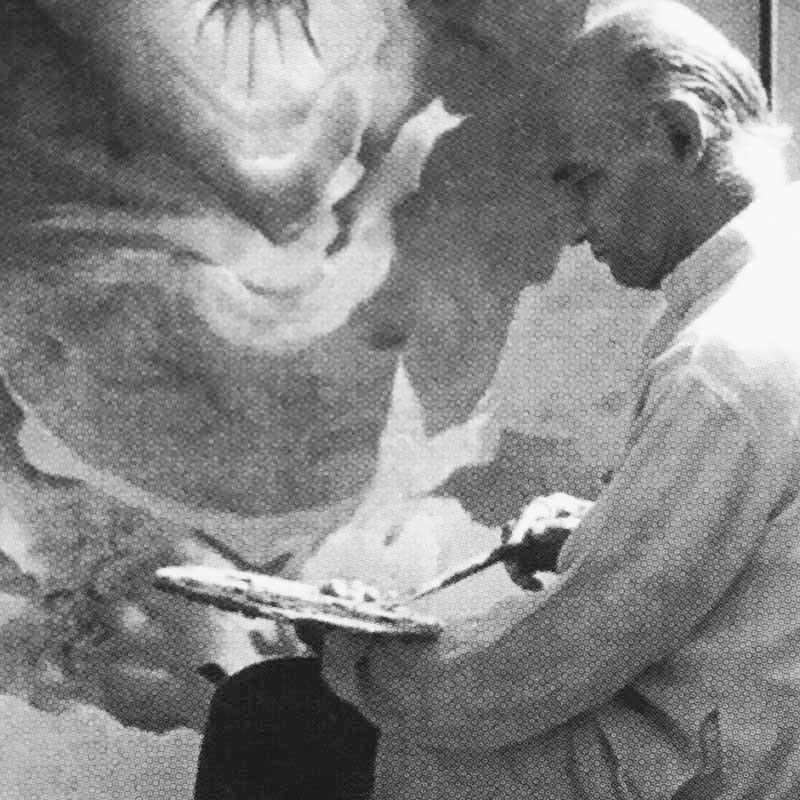 Bimal Dasgupta was born in Bengal in 1917. Although he spent his childhood years in Behrampur, he was raised by his uncle who was a government employee.

His uncle’s family did not support his ambition of becoming an artist and he joined Calcutta’s College of Arts and Crafts in 1937 with his father’s help.

The war interrupted his course and he found himself working as a clerk in a war office where he was assistant art director for a magazine. Post war, he worked at Dhoomimal Gallery, probably the first of its kind in India. And eventually, went on to the teaching at College of Art, New Delhi for 14 years. His six month scholarship to Europe introduced him to mediums such as gouache and oils.

“I believe that if an artist has mastered one medium, he can work in others as well. I paint only when I am in the mood. The colours are always there in my heart, an unseen power in the background drives me to put them down on canvas.”

Dasgupta painted landscapes that gave full rein to his penchant for nature and its fanciful shapes and colours, with the ocean being an endless source of fascination. Nature was a theme which remained in his works through his life.  After an early reputation as a landscape painter, he briefly experimented with cubism and later dabbled in neo-tantrism, marking his abstract phase. He eventually turned to pure non-representational works using watercolour and acrylics. Dasgupta used textural changes and sharp-defined colour schemes, making his landscapes come alive with shifting shapes and barely visible forms.

Besides being exhibited widely nationally and internationally, Dasgupta was made a fellow of the Lalit Kala Akademi, New Delhi in 1989. He was also awarded the Sahitya Kala Parishad, New Delhi in 1972. He passed away in 1995. 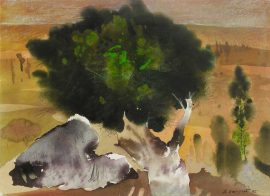