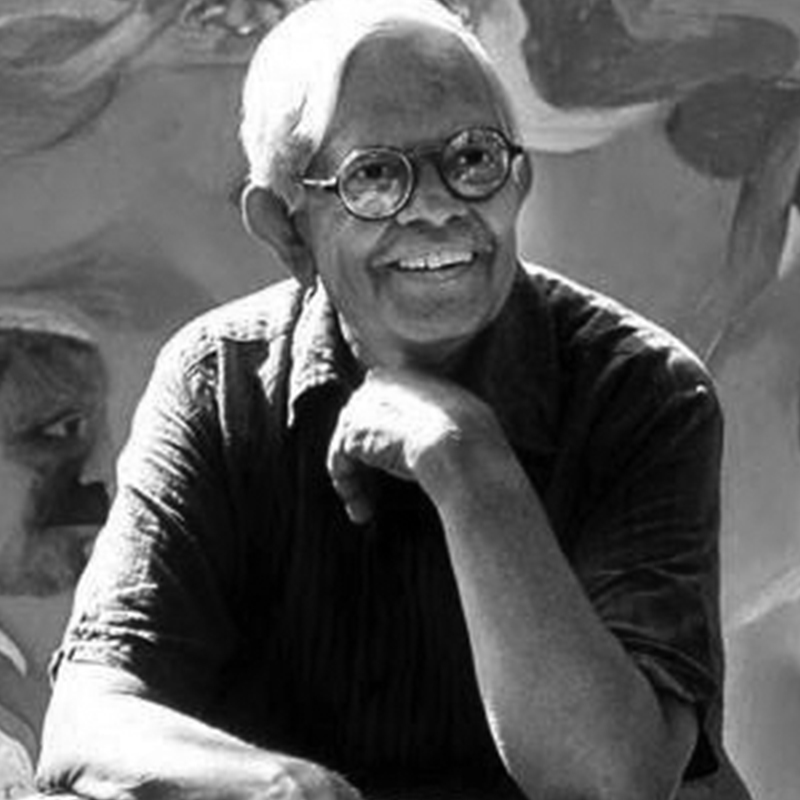 Khakhar’s started his career as a chartered accountant but his career change was partly due to meeting the poet and painter Gulam Mohammed Sheikh in 1958, who encouraged Khakhar to enroll himself for a two-year Masters in Art in Art criticism course at MS University, Baroda in 1962. As a result, Khakhar soon became a core figure in the Baroda School; a group of figurative painters who were influential around that time.

Although Khakhar was largely a self-taught artist, his works gathered lots of praise and attention in the 1970s. His oil paintings were often narrative and autobiographical, they were figurative in nature, concerned with the human body and its identity. A self-professed homosexual, the problem of gender definitions and gender identity were major themes of his work. He openly explored his sexuality, touching on the personal and cultural implications of same-sex intimacy with a distinctly Indian perspective. He often included himself in these amorous or contemplative scenes. The autobiographical element of his work is a starkly honest act of confession, which can be both provocative and moving.

Khakhar’s paintings often contained learned references to Indian mythology and mythological themes as well as imaginative and deeply personal references. His early works celebrated the day to day struggles of India’s common man, such as the barber, the watch repairman etc. He reproduced the environments of small Indian shops in these paintings, and revealed a talent for seeing the intriguing within the mundane. He has often been linked to the Pop Art movement and parallels have been drawn with the work of David Hockney.

In the 1990s, Khakhar began experimenting more with watercolours and grew increasingly confident in both expression and technique. He is best known for his paintings, but also experimented with installations, glass-painting, ceramics and writing.

In 2000, Khakhar was honoured with the Prince Claus Award at the Royal Palace of Amsterdam.  Among other honours, he won the Asian Council’s Starr Foundation Fellowship, 1986, and the Padma Shri in 1984. 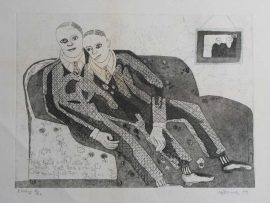 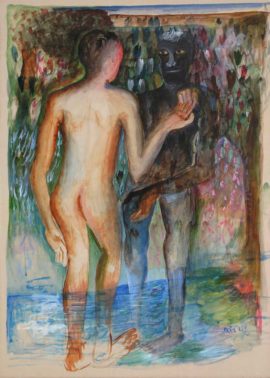 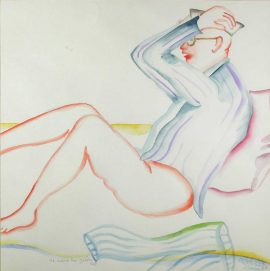 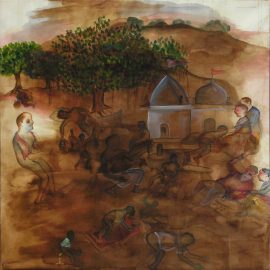 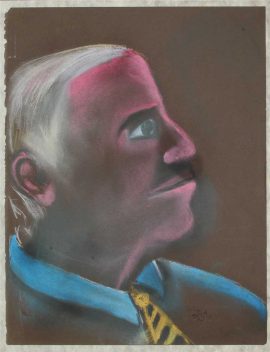