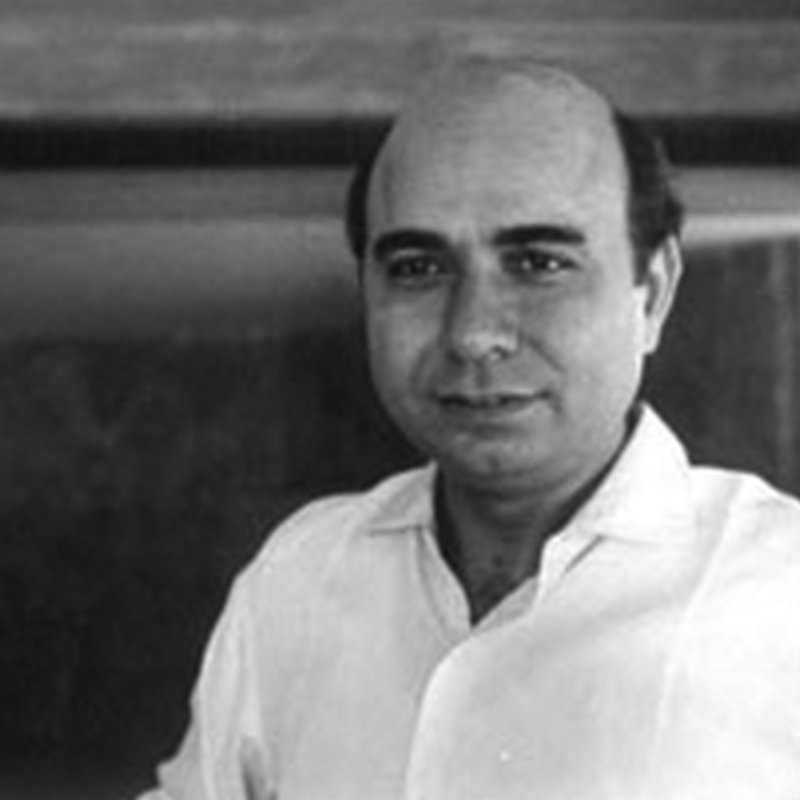 Bal Chhabda was born in Punjab in 1923. He was in the family business of film distribution in Ahmedabad. When he was young, it was his passion to become a filmmaker, but unfortunately remained unsuccessful in this pursuit. It was around 1950, when he met M.F.Husain accidentally, which soon blossomed into a close friendship. In 1957-58, Husain introduced him to the Bhulabhai Desai Institute in Mumbai, where creative personalities like Pandit Ravi Shankar, dramatist Ebrahim Alkazi and artists Tyeb Mehta, S.H. Raza, Krishen Khanna, Ram Kumar and V.S. Gaitonde, used to assemble. Although Chhabda had no formal training as an artist, Husain and Gaitonde urged him to start drawing and painting.

Following their advice, he started painting in 1958. His artist friends encouraged his works. Chhabda takes his images to the brink of abstraction without giving up the memory of representation. On closer observation, distorted known shapes and forms create intriguing visuals. Although the forms in his paintings have barely discernible boundaries, they are lithe and lyrical. At the same time, they are positions and plays of colour, which create both intimate and expansive spaces. There was a certain exuberance that holds his floating forms in suspended animation. His brush strokes were loose and expressive and melted into an amorphous diffusion.

In 1959, since there were no art galleries at that time and the city needed a contemporary art space, Chhabda founded Gallery 59 in Mumbai in 1959. Thanks to his artist friends, Chhabda became one of the artists associated with the Progressive Artists’ Group, which made a vital contribution to the modern art movement in India by their exploration of expression and ideas.

Though he rarely had solo shows, Chhabda participated in several group exhibitions in India and abroad. He received the Governor’s Award, and an award at the Tokyo Biennale in 1961. He also received the Lalit Kala Akademi Award in 1965, and later a Rockefeller Fund Fellowship. A retrospective of his work was held in 2003 at the Jehangir Art Gallery, Mumbai.

In 1970, when Jehangir Nicholson gave a donation to the National Center of Performing Arts in Mumbai, requesting J.R.D Tata to use this for a museum of modern art, it was with the help of Chhabda and Narayanan Menon that the idea was actualized.

Not only was Chhabda an artist, but he was a gallerist, collector and filmmaker. He passed away in 2013. 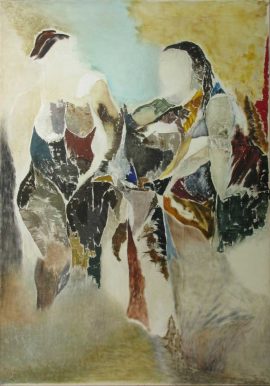 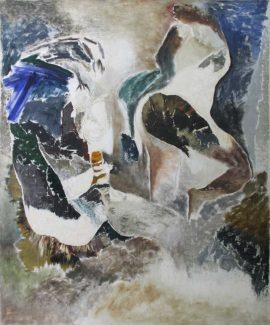 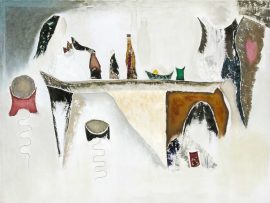